Letter to the Editor. Clinical Rating Scale for Tremor: a needed clarification

TO THE EDITOR: We read with great interest the article of Sinai and colleagues1 and we would like to clarify some issues related to the Clinical Rating Scale for Tremor (CRST), one of the most commonly used tremor assessment scales (Sinai A, Nassar M, Eran A, et al. Magnetic resonance–guided focused ultrasound thalamotomy for essential tremor: a 5-year single-center experience. J Neurosurg. 2020;133[2]:417-424).

There are several noteworthy inaccuracies in the original CRST papers.2,3 The first version2 did not contain the "face (P)" item either in the description or in the calculations part; however, a scoring box was provided for it in the scorecard. In the second version,3 the "face (P)" score was written in the text but the assessment method while posture holding was not specified. Another inaccuracy of this version is the presence of a box for the "voice (P)" item in the scorecard, although it was not referred to in the text and calculations. In fact, face tremor cannot be assessed while holding a posture. In our clinical practice we have been using a modified version of the CRST omitting the "face (P)" item with a maximum score of 152 instead of 156. However, to keep in line with the existing literature, we have been forced to use the original 156-point scale in our prospective trials.

A version of the CRST with a 160-point maximum score as stated by Sinai and colleagues1 and Xiong and colleagues in their response letter4 has never existed. The confusion may result from two scoring boxes placed near the handwriting section (scored only for the dominant hand) in the original article.3 A similar error exists in a Neurosurgical Focus article,5 in which the maximum CRST and Part A score was noted as 160 and 32, instead of 156 and 88, respectively.

Although available digitally,6 the original CRST forms may be challenging to access. We note that unreviewed web sources exist that share problematic forms. To avoid such misuse, herein we share the CRST form designed for the Bilateral focused ultrasound thalamotomy for essential tremor (BEST-FUS) trial in a sequence optimized for video-recorded physical examinations.7,8

No response was received from the authors of the original article. 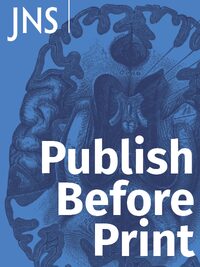