Delayed hemorrhage following resection of an arteriovenous malformation in the brain

Object. Between 1989 and 2002 the authors treated 416 cases of angiographically confirmed arteriovenous malformations (AVMs) of the brain.

With the introduction of an aggressive postoperative blood pressure protocol (for AVMs with grades > II and sizes > 3.5 cm in diameter) the incidence of delayed postoperative hemorrhage leading to mortality or permanent morbidity decreased from 4.4 to 1%. This difference was significant. Neither case selection nor complications other than delayed hemorrhage changed between these two periods. 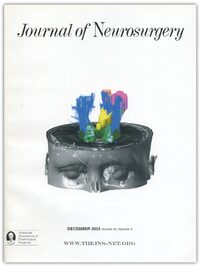