✓ Theodore Brown Rasmussen succeeded Wilder Penfield as director of the Montreal Neurological Institute (MNI) and held this post from 1960 to 1972. During his career, Rasmussen probably performed more operations for epilepsy than any other surgeon of his time; he became the foremost authority in this field. His meticulous follow-up analyses of the MNI seizure series provided substantial evidence for the success of surgery in the treatment of focal epilepsy. In addition, he made significant contributions to surgery of the pituitary gland for control of cancer, treatment of cerebral and spinal tumors, application of the intracarotid Amytal test for lateralization of speech and memory function, and characterization and treatment of epilepsy accompanied by chronic encephalitis, now referred to as Rasmussen syndrome. His painstaking attention to surgical details as well as his insistence on close monitoring of patient care and critical scrutiny of clinical results marked him as an outstanding teacher and role model for young neurosurgeons and neuroscientists. 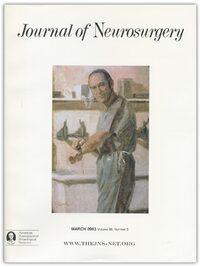