Object. A computerized neuropsychological test battery was conducted to evaluate memory dysfunction and self-reporting of symptoms in a group of high school athletes who had suffered concussion.

Methods. Neuropsychological performance prior to and following concussion was compared with the test performance of an age-matched control group. Potentially important diagnostic markers of concussion severity are discussed and linked to recovery within the 1st week of injury.

Conclusions. High school athletes who had suffered mild concussion demonstrated significant declines in memory processes relative to a noninjured control group. Statistically significant differences between preseason and postinjury memory test results were still evident in the concussion group at 4 and 7 days postinjury. Self-reported neurological symptoms such as headache, dizziness, and nausea resolved by Day 4. Duration of on-field mental status changes such as retrograde amnesia and posttraumatic confusion was related to the presence of memory impairment at 36 hours and 4 and 7 days post-injury and was also related to slower resolution of self-reported symptoms. The results of this study suggest that caution should be exercised in returning high school athletes to the playing field following concussion. On-field mental status changes appear to have prognostic utility and should be taken into account when making return-to-play decisions following concussion. Athletes who exhibit on-field mental status changes for more than 5 minutes have longer-lasting postconcussion symptoms and memory decline. 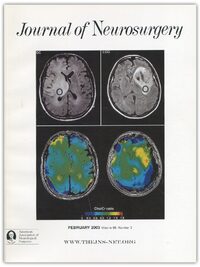