✓ The authors prospectively used a new hand-held point-and-shoot pupillometer to assess pupillary function quantitatively. Repetitive measurements were initially made in more than 300 healthy volunteers ranging in age from 1 to 87 years, providing a total of 2432 paired (alternative right eye, left eye) measurements under varying light conditions. The authors studied 17 patients undergoing a variety of nonintracranial, nonophthalmological, endoscopic, or surgical procedures and 20 seniors in a cardiology clinic to learn more about the effects of a variety of drugs. Additionally, the authors carried out detailed studies in 26 adults with acute severe head injury in whom intracranial pressure (ICP) was continuously monitored. Finally, five patients suffering from subarachnoid hemorrhage were also studied.

Quantitative pupillary measurements could be reliably replicated in the study participants. In healthy volunteers the resting pupillary aperture averaged 4.1 mm and the minimal aperture after stimulation was 2.7 mm, resulting in a 34% change in pupil size. Constriction velocity averaged 1.48 ± 0.33 mm/second. Pupillary symmetry was striking in both healthy volunteers and patients without intracranial or uncorrected visual acuity disorders. In the 2432 paired measurements in healthy volunteers, constriction velocity was noted to fall below 0.85 mm/second on only 33 occasions and below 0.6 mm/second on eight occasions (< one in 310 observations).

In outpatients, the reduction in constriction velocity was observed when either oral or intravenous narcotic agents and diazepam analogs were administered. These effects were transient and always symmetrical.

Among the 26 patients with head injuries, eight were found to have elevations of ICP above 20 mm Hg and pupillary dynamics in each of these patients remained normal. In 13 patients with a midline shift greater than 3 mm, elevations of ICP above 20 mm Hg, when present for 15 minutes, were frequently associated with a reduction in constriction velocity on the side of the mass effect to below 0.6 mm/second (51% of 156 paired observations). In five patients with diffuse brain swelling but no midline shift, a reduction in constriction velocities did not generally occur until the ICP exceeded 30 mm Hg. Changes in the percentage of reduction from the resting state following stimulation were always greater than 10%, even in patients receiving large doses of morphine and propofol in whom the ICP was lower than 20 mm Hg. Asymmetry of pupillary size greater than 0.5 mm was observed infrequently (< 1%) in healthy volunteers and was rarely seen in head-injured patients unless the ICP exceeded 20 mm Hg. Pupillometry is a reliable technology capable of providing repetitive data on quantitative pupillary function in states of health and disease. 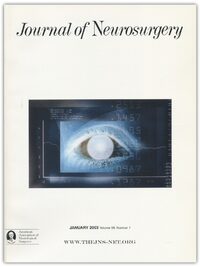