Ultra-early surgery for aneurysmal subarachnoid hemorrhage: outcomes for a consecutive series of 391 patients not selected by grade or age

Object. This study was undertaken to determine the outcomes in an unselected group of patients treated with semiurgent surgical clipping of aneurysms following subarachnoid hemorrhage (SAH).

Methods. A clinical management outcome audit was conducted to determine outcomes in a group of 391 consecutive patients who were treated with a consistent policy of ultra-early surgery (all patients treated within 24 hours after SAH and 85% of them within 12 hours). All neurological grades were included, with 45% of patients having poor grades (World Federation of Neurosurgical Societies [WFNS] Grades IV and V). Patients were not selected on the basis of age; their ages ranged between 15 and 93 years and 19% were older than 70 years. The series included aneurysms located in both anterior and posterior circulations. Eighty-eight percent of all patients underwent surgery and only 2.5% of the series were selectively withdrawn (by family request) from the prescribed surgical treatment. In patients with good grades (WFNS Grades I–III) the 3-month postoperative outcomes were independence (good outcome) in 84% of cases, dependence (poor outcome) in 8% of cases, and death in 9%. In patients with poor grades the outcomes were independence in 40% of cases, dependence in 15% of cases, and death in 45%. There was a 12% rate of rebleeding with all cases of rebleeding occurring within the first 12 hours after SAH; however, outcomes of independence were achieved in 46% of cases in which rebleeding occurred (43% mortality rate). Rebleeding was more common in patients with poor grades (20% experienced rebleeding, whereas only 5% of patients with good grades experienced rebleeding).

Conclusions. The major risk of rebleeding after SAH is present within the first 6 to 12 hours. This risk of ultra-early re-bleeding is highest for patients with poor grades. Securing ruptured aneurysms by surgery or coil placement on an emergency basis for all patients with SAH has a strong rational argument. 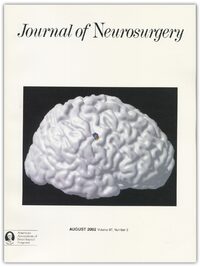