Object. Although the case-fatality rate after subarachnoid hemorrhage (SAH) does not change considerably after the first 4 weeks, functional outcome and the quality of life (QOL) may. To assess the extent of changes in functional outcome and QOL after SAH, the authors conducted a follow-up study at 18 months in patients and caregivers who had participated in a previous study of QOL 4 months after SAH.

Methods. In a consecutive series of 98 patients admitted with SAH, 68 had survived until 4 months postbleed, at which time an initial outcome assessment had been performed in 64 of them. This series of 64 patients was contacted again at a median of 18 months after SAH. In all patients, functional outcome was assessed by means of the modified Rankin Scale (mRS). In 48 patients and 35 caregivers QOL was assessed using the SF-36, the Sickness Impact Profile (SIP), and a visual analog scale. The results were compared with the scores that had been obtained at 4 months after SAH.

Thirty-two patients (50%) had improved at least one point on the mRS, in 23 patients functional outcome had remained unchanged, six patients had deteriorated one point on the mRS, and three had died. No major changes in the QOL of patients and caregivers could be found on the SIP, but on the SF-36 an improved QOL was detected in patients with better Rankin grades. On both instruments, the QOL at 18 months was still reduced compared with the reference population in all patients. 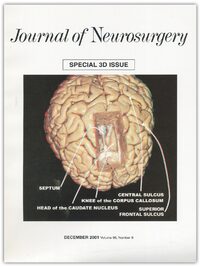