Object. The author sought to describe overall management data on cerebral arteriovenous malformations (AVMs) and to focus the actuarial need for different treatment modalities on a population-based scale. Such data would seem important in the planning of regional or national multimodality strategies for the treatment of AVMs. This analysis of a nonselected, consecutive series of patients representing every diagnosed case of cerebral AVM in a population of 1,000,000 over one decade may serve to shed some light on these treatment aspects.

Conclusions. In centers with population-based referral, AVM of the brain is predominantly a disease related to intracranial bleeding, and parenchymal clots have a profound impact on overall management outcome. The rupture of an AVM is as devastating as that of an aneurysm. Aneurysm ruptures are more lethal, whereas AVM rupture tends to result in more neurological disability due to the high occurrence of lobar intracerebral hematoma. In an attempt to quantify the need for different modalities of AVM treatment based on a population of 1,000,000 people, figures for surgeries performed range from six to 10 operations per year and embolization as well as gamma knife surgery procedures range from two to seven per year, depending on the strategy at hand. When using nonsurgical approaches to Grade 1 to 3 lesions, the number of patients requiring treatment with more than one method for obliteration increases drastically as does the potential risk for procedure-related complications. 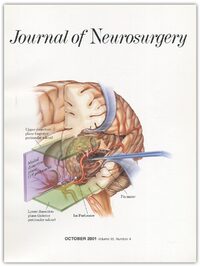