Methods. Eight patients with subarachnoid hemorrhage due to ruptured irregularly shaped aneurysms were examined. The preoperative radiological findings in these cases were compared with the pathological and operative findings of endovascular or open surgery.

All of the aneurysms exhibited delayed opacification and delayed washout of contrast medium from the irregularly shaped portion of the aneurysm on digital subtraction angiography and/or helical computerized tomography scanning. Endovascular embolization with platinum coils was attempted in the first four patients who underwent treatment. In three of these patients the aneurysm ruptured again during the endovascular procedure. In the fourth patient an intraaneurysm thrombus was observed during the procedure and clipping was performed. In the subsequent four patients, three underwent clipping without complication and one underwent partial aneurysm embolization because of poor general status. A thrombus adjacent to the aneurysm dome was observed in the patients who underwent open surgery. Pathological examination of the operative specimens revealed a pseudoaneurysm-like cavity in the thrombus that was adherent to the aneurysm.

Conclusions. Ruptured irregularly shaped aneurysms may be accompanied by fragile pseudoaneurysm-like cavities located at the rupture point. Because these aneurysms have a high risk of repeated rupture during an endovascular procedure, advancing microinstruments to the weaker portion of the aneurysm should be avoided. 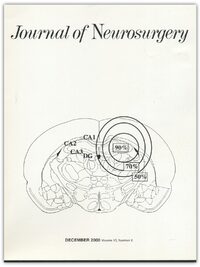