Object. The authors evaluated the effects of superficial temporal artery—middle cerebral artery (STA—MCA) bypass in the prevention of future stroke, including rebleeding or an ischemic event, in patients suffering from hemorrhagic moyamoya disease by comparing this method with indirect bypass and conservative treatment.

Conclusions. The effect of STA—MCA bypass on the prevention of recurrent hemorrhage or an ischemic event in patients with hemorrhagic moyamoya disease has been statistically confirmed in this study. 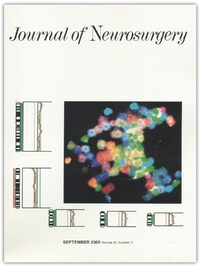