Object. Immediate and prolonged coma following brain trauma has been shown to result from diffuse axonal injury (DAI). However, the relationship between the distribution of axonal damage and posttraumatic coma has not been examined. In the present study, the authors examine that relationship.

Methods. To explore potential anatomical origins of posttraumatic coma, the authors used a model of inertial brain injury in the pig. Anesthetized miniature swine were subjected to a nonimpact-induced head rotational acceleration along either the coronal or axial plane (six pigs in each group). Immediate prolonged coma was consistently produced by head axial plane rotation, but not by head coronal plane rotation. Immunohistochemical examination of the injured brains revealed that DAI was produced by head rotation along both planes in all animals. However, extensive axonal damage in the brainstem was found in the pigs injured via head axial plane rotation. In these animals, the severity of coma was found to correlate with both the extent of axonal damage in the brainstem (p < 0.01) and the applied kinetic loading conditions (p < 0.001). No relationship was found between coma and the extent of axonal damage in other brain regions.

Conclusions. These results suggest that injury to axons in the brainstem plays a major role in induction of immediate posttraumatic coma and that DAI can occur without coma. 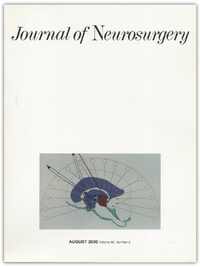