Object. Hereditary hemorrhagic telangiectasia (HHT) is a rare autosomal-dominant vascular dysplasia with a high prevalence of cerebrovascular malformations (CVMs), mostly manifested as arteriovenous malformations (AVMs). The natural history and bleeding risk of these CVMs is unknown. The authors investigated the risk of bleeding in conjunction with clinical and radiological features in patients with HHT and proven CVMs.

Twenty-four patients (12.2%; 16 female and eight male), aged 14 to 66 years (mean 35.4 years) with one or more CVMs were identified. Fifteen patients (62.5%) had a CVM and a pulmonary AVM. Eleven patients (45.8%) exhibited no neurological signs of their CVM; six (25%) had headache or migraine; four (16.7%) had seizures; and three (12.5%) had an intracranial hemorrhage. Twenty-two patients had at least one AVM (with a total of 28 AVMs), whereas two patients only had telangiectases. Twenty-seven AVMs were small (96%), 36% were located in eloquent areas of the brain, and 82% had superficial venous drainage. One third of the patients had multiple CVMs. The bleeding risk for patients with at least one AVM ranged from 0.41 to 0.72% per year, and for the whole cohort the range was 0.38 to 0.69% per year. Calculation of the bleeding risk as determined by lesion-years ranged from 0.36 to 0.56% per year for patients with AVMs and from 0.27 to 0.46% per year for all patients with CVMs.

Conclusions. Patients with HHT have a high risk of harboring a CVM, especially in the presence of a pulmonary AVM. These CVMs are mostly low-grade AVMs (Spetzler—Martin Grade I or II), are frequently multiple, and have a lower risk of bleeding than that associated with sporadic AVMs. Female patients are more often affected than male patients. The inherent low sensitivity of DS angiography screening for CVMs may yield false negative results. 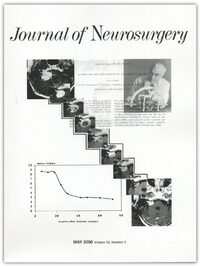