Object. The purpose of this study was to compare the effects of prolonged hypothermia on ischemic injury in a highly reproducible model of middle cerebral artery (MCA) occlusion in rats.

Methods. Male Sprague—Dawley rats were anesthetized with halothane and subjected to 120 minutes of temporary MCA occlusion by retrograde insertion of an intraluminal nylon suture coated with poly-l-lysine through the external carotid artery into the internal carotid artery and the MCA. Two levels of prolonged postischemic cranial hypothermia (32°C and 27°C) and one level of intraischemic cranial hypothermia (32°C) were compared with the ischemic normothermia (37°C) condition. Target cranial temperatures were maintained for 3 hours and then gradually restored to 35°C over an additional 2-hour period. The animals were evaluated using a quantitative neurobehavioral battery of tests before inducing MCA occlusion, during occlusion (at 60 minutes postonset in all rats except those in the intraischemic hypothermia group), and at 24, 48, and 72 hours after reperfusion. The rat brains were perfusion fixed at 72 hours after ischemia, and infarct volumes and brain edema were determined. Both intraischemic and postischemic cooling to 32°C led to similar significant reductions in cortical infarct volume (by 89% and 88%, respectively) and total infarct volume (by 54% and 69%, respectively), whereas postischemic cooling to 27°C produced lesser reductions (64% and 49%, respectively), which were not statistically significant. All three hypothermic regimens significantly lessened hemispheric swelling and improved the neurological score at 24 hours. The authors' data confirm that a high degree of histological neuroprotection is conferred by postischemic cooling to 32°C, which is virtually equivalent to that observed with intraischemic cooling to the same level.

Conclusions. These results may be relevant to the design of future clinical trials of therapeutic hypothermia for acute ischemic stroke. 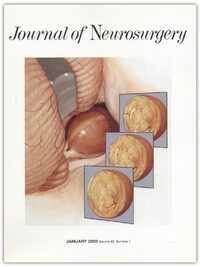