Letter to the Editor. Invasive neuromonitoring for poor-grade SAH

TO THE EDITOR: We read with interest the article by Veldeman et al.1 (Veldeman M, Albanna W, Weiss M, et al. Invasive neuromonitoring with an extended definition of delayed cerebral ischemia is associated with improved outcome after poor-grade subarachnoid hemorrhage. J Neurosurg. Published online May 15, 2020. doi:10.3171/2020.3.JNS20375). The authors conducted a comparative analysis of consecutive patients with poor-grade subarachnoid hemorrhage (SAH) allocated in two different cohorts, one before the implementation of invasive neuromonitoring (INM) and another after its introduction. The authors assessed the impact of INM on the rate of delayed cerebral ischemia (DCI) and on functional outcomes in these cohorts. The post-INM cohort suffered fewer DCI-related and silent infarctions, experienced better functional outcomes, and required fewer CT scans. However, the overall rate of DCI and mortality remained unchanged, whereas a nonsignificant upward trend in the incidences of CSF infections, number of endovascular rescue treatments (ERTs), and length of stay at the intensive care unit were observed.

Recently, we reported our experience in the use of cerebral microdialysis (CMD) in patients with poor-grade SAH for the detection of ischemic crises leading to DCI.2 We advocated for a bilateral CMD policy and found that 24% of ischemic crises occurred in presumed silent hemispheres with few or no changes in the contralateral hemisphere. In addition, establishing a threshold of 7 or more ischemic events along the INM period yielded a specificity and sensitivity for DCI prediction of 96.2% and 83.3%, respectively. According to previous reports and to the results of Veldeman et al., we noted that deleterious events were detected earlier and that fewer neuroimaging studies were needed.3,4

The article by Veldeman et al. is definitely a valuable work that provides new insights and expands the potential applications of INM, while extending the classic definition of DCI. However, we would like to note some worthy concerns. First, it might be questionable to include patients who can be clinically assessed in a study focused on INM. Indeed, more than 60% of patients in the post-INM cohort were classified as Hunt and Hess grade 3. Second, it has not been disclosed which INM alteration was the basis for first-tier treatment to prevent DCI. Third, CMD reporting guidelines recommend presenting lactate/pyruvate ratio together with glucose as a first-tier approach to thoroughly characterize metabolic derangements.5 Fourth, although acknowledged by the authors, the rate of CSF infections is rather high in the post-INM cohort and was nearly double the acceptable infection rates for external ventricular drains.6 INM should be safe and reliable, therefore after the implementation of a novel INM policy, we would recommend a safety protocol to detect potential problems and establish proper solutions. In microbiological cultures of our 36 implanted CMD probes we did not find any infection.2 Lastly, the reasons leading to some of the clinical benefits obtained with the implementation of the INM are not thoroughly explained. For instance, why did the rate of silent infarctions significantly decrease? Was it due to an overall increase of ERT? Were patients requiring ERT comparable? As discussed by the authors, the main drawback of INM is that information refers to a limited area, whereas therapies are global. In that spirit, our team postulates that, regarding CMD, there is a rationale for bilateral INM in patients with poor-grade SAH.2

We wish to thank Dr. García-García and colleagues for their interest in our research regarding INM and appreciate the critical appraisal of our recently published work. We have read their reply with great interest and would like to address the concerns raised by the authors.

As is highlighted by Dr. García-García and which is addressed in our paper, the Achilles heel of INM remains its low spatial resolution. Usually, to cover both anterior vascular territories, invasive probes are placed in the frontal watershed region ipsilateral to the ruptured aneurysm. The rationale behind this practice is based on the observation that the side of aneurysmal rupture, and resulting higher blood load, is most prone to DCI development. Midline aneurysms with a symmetrical blood load pose a problem in this regard. In a simulation of probe placement in 100 patients with SAH, Ulrich et al. concluded that probe location correlated with the territory of DCI ranging between 93% for middle cerebral artery and 23% for basilar artery aneurysms.1 It is well appreciated that bilateral probe placement, by definition, increases the area under investigation, and we congratulate the authors on their recent important paper. However, the primary goal of this study was to establish for the first time whether the overall concept of INM in general is able to improve management and outcome in poor-grade SAH. The benefit of multiple probes will have to be examined in future studies, taking into consideration the relative increase in risk in the context of additional probe placements and ideally the replacement with novel, noninvasive techniques.

Another safety issue is the risk of infection. We reported an increase of CSF infection of 10% (p = 0.098) after introduction of INM. In a previous trial at our institution, a rate of meningitis associated with external ventricular drains (EVDs) of 8.6 infections per 1000 drainage days was observed.2 The occurrence of meningoventriculitis has been significantly reduced by the use of chlorhexidine-containing dressing, similar to hygiene care for central lines, and this practice has been extrapolated to microdialysis probe care.3 However, within the context of the higher-grade SAH patient with extremely long hospitalization in the intensive care unit, CSF infection is mostly a diagnosis of exclusion, meaning that usually fever or elevated inflammatory markers trigger sampling, including culture of CSF. In cases of indwelling EVDs, the culturing of contaminants without pathological relevance is common. The nonsignificant increase in infections in our series could either be the result of coincidence or oversampling. However, we did not observe any overt infection of the probes either at the entry site or intraparenchymally. As the probes are not in direct contact with the ventricles, isolated ventriculitis in the absence of intraparenchymal infection implies that the infection rate, even if not artificially increased (see above), most likely developed irrespective of the probes. However, a contribution cannot be excluded. The brain tissue oxygenation (ptiO2) monitoring system we use provides a bolt fixation mechanism completely immobilizing the probe, which is not the case for the microdialysis catheter. Small movements of the probe in and out of the skin remain possible, increasing the risk of infection by skin-derived pathogens. We have now introduced a multibolt fixation system for both monitoring systems (microdialysis and ptiO2) and will monitor the technical differences closely.

Hunt and Hess grade 3 hemorrhages represent a group of patients with a mild reduced state of consciousness. Apart from asymmetry in motor function, these patients cannot be thoroughly neurologically examined and their condition frequently deteriorates. Early placement of INM is considered for their high risk of deterioration and the need for therapeutic monitoring.

In daily practice we also recommend making treatment decisions based on multiple factors pointing in the same direction. The possibilities and number of molecules assessable in CMD are infinite, and current existing data underlines that the lactate-to-pyruvate ratio—due to its predictive value on outcome and infarct development—has been the parameter we focused on. For an elaborate metabolic assessment, glucose values are important; from a decision-making standpoint, management recommendations in the context of glucose are less homogenous. As noted by Cesarini et al., increased levels of glucose can also be associated with poor outcome.4 However, the comment regarding the complexity of metabolic derangement, including the scenario of mitochondrial dysfunction, is well appreciated and will be the focus of additional work.

The concept of DCI and its complex pathophysiology is still only partially characterized. A growing body of data underlines that the phenomenon has to be seen as an affliction of the brain as a whole being predisposed to ischemic damage with superimposed local triggers. This uncertainty is reflected by the practice of first-tier systemic hypertension, but applying a localized endovascular treatment focused on resolving macroscopic vasospasm for refractory cases. The mere high-dosage delivery of nimodipine might exert protective effects independent of the macroscopic resolution of angiographic vasospasm. This is noted to emphasize that any diagnostic tool is only as valuable as the effectiveness of the treatment strategies it triggers. As the rate and modality of endovascular rescue treatment did not change from the historic to the present cohort, we believe that the decrease in the rate of previously silent infarctions can mostly be attributed to the higher vigilance and earlier treatment of deteriorating patients. 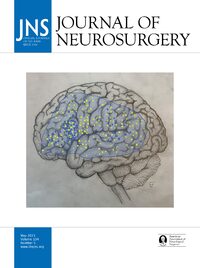