Since its inception in 1944, the Journal of Neurosurgery has adhered to traditional academic publishing rules that stipulate that any manuscript under consideration for publication in the Journal has not been published elsewhere, in whole or part, and is not currently under review at another journal. Until recently, the Journal also demanded that submissions could not be previously posted to a preprint server.

What are preprint servers? They are repositories of information in the form of preliminary or fairly well-formed manuscripts that have not undergone formal peer review. In many cases, the information on preprint servers has not undergone any form of significant textual editing or type-setting. At most, editorial staff of the preprint journals will assess the content of manuscript submissions for offensive language and for overt evidence of plagiarism before the information is made available in the public domain. Typically, preprint server papers precede those submitted to peer-reviewed journals, but they can also be published simultaneously. Upon submission to a preprint server, manuscripts will receive a digital object identifier (DOI), which is a unique alphanumeric string assigned by an agency to persistently link the information to a location on the internet. Except under extreme circumstances, the DOI is fixed and cannot be removed.

Several journals have published editorials on their policies against prior submission of works to preprint journals, including the Journal of Orthopaedic Research and the Journal of Bone and Joint Surgery.2 The reasons for not considering manuscripts that have resided first on preprint servers include the possibility that readers will consider the preliminary work as solid evidence for the authors’ findings; that researchers in surgery or medicine will be unlikely to benefit from the same degree of prepublication dialogue as that which takes place in the physical or chemical sciences; and that, for most information that is published in the health sciences, the difference of a few months to publication is unlikely to shape or change the field in the same way as perhaps occurs in the basic sciences or other disciplines.2 To this latter point, there is concern in some journals that there could be a real risk for patient harm should results from clinical trials be taken directly to patients before thorough vetting through a well-defined peer-review process.

At times of major global disruption, as with the COVID-19 pandemic, there can be a rapid rise in publications in a focused area of interest. At the time of writing of this editorial, there have been 6335 preprints published on COVID-19 in medRxiv and 1304 in bioRxiv. These are published with a disclaimer that they are preliminary reports that have not been peer reviewed and should not be regarded as conclusive information on which to base clinical decision-making. This is in comparison to 30,819 primarily peer-reviewed articles that have been published on PubMed, all since January 1, 2020. Clearly, there will be interplay between these two sources of information, and each will inform the other.

When I first joined the editorial board of the Journal in 1995, the peer-review process was composed of sequential reviews that were typically handwritten on paper. We have come a long way since that time, with our fully automated, computer-based peer-review system. The speed of peer review is now determined by the reviewers’ schedules and the push of the “send” button. We have had to accommodate and adjust to innovations and advances in the world around us. Accordingly, with this editorial, I am pleased to promulgate our new policy regarding the submission of manuscripts from preprint servers to the Journal (Table 2). In the end, we strive to balance our wish to avoid undue delays in publishing research work for our patients with our wish to avoid the harm of posting preliminary results that have not been vetted through peer review. With our new policy, I believe we have been able to accomplish that and, at the same time, be responsible to our authors, reviewers, and patients.

I would like to thank Jo Ann M. Eliason, MA, ELS(D), for her help writing the preprint server policy. 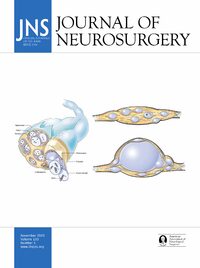 Graphic depiction of a selection of preprint servers in the sciences. Most articles in the medical sciences will be submitted to medRxiv or bioRxiv. Figure is available in color online only. 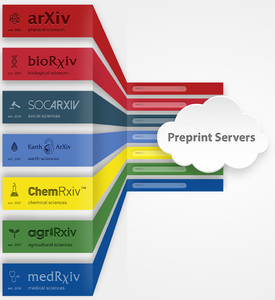