Tinnitus is the perception of sound when no actual external sound is present, and is therefore regarded as a phantom sensation comparable with phantom limb pain. It is a common disorder in industrialized countries, especially when levels of exposure to noise in professional or private life are high.

One structure that may act as a bridging point between the auditory and the limbic system and therefore between the sensorineural perception of sounds and the awareness and emotional charge of said percepts is the dorsal striatum including the locus of caudate neurons (area LC).

Area LC represents the transition zone between the head and body of the caudate and it came to the group’s attention after a patient with Parkinson disease (PD) and coexisting chronic bilateral tinnitus underwent left-sided subthalamic nucleus DBS lead placement and reported markedly reduced phantom percepts in both ears the day after surgery; this occurred without any stimulation.7 Postoperative imaging showed a stroke-like vascular injury medial to the DBS lead in the head and anterior portion of the body of the caudate. The patient remained tinnitus free in the ipsilateral ear and with substantially reduced phantom percepts in the contralateral ear for the follow-up duration of 18 months.

This and a published case of elimination of a preexisting bilateral tinnitus due to a left-sided ischemic lacunar stroke in the body of the caudate and the bordering white matter tracts without changes in overall hearing10 spawned interest in assessing the possibility of neuromodulation of the caudate to treat tinnitus. Targeting the caudate with DBS was thought to be easily achievable because typical trajectories of DBS leads for common movement disorder targets such as the subthalamic nucleus run close to the caudate or even traverse it.

The current article investigates whether bilateral continuous caudate DBS has meaningful beneficial effects in a population of patients that suffers severely from tinnitus and objectively investigates hearing safety before and after the procedure.3 Five of 6 patients were able to successfully complete the study protocol with a 60%–80% response rate regarding the Tinnitus Functional Index and Tinnitus Handicap Inventory after 24 weeks of DBS on the most effective stimulation settings.

To further refine targeting, the authors applied microelectrode recording and macrostimulation in up to 3 tracts spanning an area of up to 10 mm along the anterior-posterior axis of the caudate to define the optimal position for the implant. In a recent publication that includes the 6 patients from this phase I study, a more posterior position of implanted leads was associated more often with acute tinnitus loudness reduction during acute stimulation.11 This area located more in the body of the caudate comprises the section of −8 to −15 mm in MNI (Montreal Neurological Institute) space. These caudate body subdivisions also showed a stronger functional connectivity to the auditory cortex compared to the caudate head.

Given the size of the nucleus, further refinement of the most effective target within the caudate is warranted and a preoperative functional connectivity analysis may be a feasible option to do so.

It seems tempting to record local field potentials from the DBS electrodes to find a neurophysiological biomarker (such as a decrease in the power spectrum of gamma oscillations) that coincides with phantom loudness reduction and to then apply closed-loop DBS to adjust stimulation settings accordingly, as has been investigated in PD patients.8,9 Furthermore, studies of transcranial and cortical stimulation found differential effects on tinnitus loudness when applying either tonic, burst, or noise stimulation.4,15 However, current commercially available DBS systems only allow for open-loop tonic stimulation and therefore have technical limitations that need to be overcome in the future.

The question whether a certain level of emotional distress or presence of psychiatric comorbidities would favor neuromodulation of the ventral striatum/limbic system rather than the dorsal striatum cannot currently be answered.

It remains unclear how high acceptance rates for incision- and implant-free lesional neuromodulation techniques such as focused ultrasound (FUS) might be. Given that the interest in the caudate for treatment of tinnitus was sparked by unilateral stroke lesions and their sustained bilateral effect on auditory phantoms, FUS may represent a potential future treatment option to be explored, because functional and structural neuroimaging has been shown to help refine targeting.1

The group around Cheung and Larson have successfully worked on the concept of caudate DBS for treatment-resistant tinnitus. Starting with the incidental finding of a caudate lesion after DBS implantation for movement disorders suppressing tinnitus, the group was able to translate this concept with pilot trials in patients with movement disorders to the first ever prospective phase I trial of DBS in patients with tinnitus. Although questions on how to define the optimal target and stimulation settings remain and may only be answered in a bigger phase II trial, this effort represents an important contribution in the field of surgical neuromodulation.

Dr. Lozano is a consultant for Medtronic, St. Jude, and Boston Scientific.

Drs. Jakobs and Lozano have kindly written a critical précis of our first-in-human phase I clinical trial of bilateral caudate nucleus neuromodulation by DBS for severe, treatment-resistant tinnitus. Their thoughtful editorial highlights considerations that should be entertained in future clinical trials.

Targeting refinement of the caudate nucleus by using the strength of auditory corticostriatal functional connectivity is a promising strategy that may ultimately standardize a treatment-responsive, biomarker-based approach to shorten time to benefit and increase treatment effect size for both implant-dependent and implant-free neuromodulation approaches. In cohort contrast studies, increased corticostriatal connectivity between the caudate nucleus body subdivision and auditory cortex has been demonstrated for tinnitus with bilateral hearing loss4 and bothersome tinnitus of at least moderate severity.9 The translation of cohort differences in resting-state fMRI auditory corticostriatal functional connectivity maps to individual-specific, personalized functional connectivity maps that would serve as a clinical tool for more precise caudate targeting will require innovative development and rigorous validation.

Although caudate targeting based on auditory corticostriatal functional connectivity may ultimately prove to be a useful method, dorsal striatal subsite neuromodulation may fail to deliver suitable benefit for those distressed patients with tinnitus whose disorder’s severity is primarily driven by neuropsychiatric comorbidities or limbic cortex, or an exceptionally dysfunctional auditory cortex. Here, the addition of ventral striatal/limbic cortex neuromodulation by DBS or auditory cortical neuromodulation performed using intracranial or transcranial techniques may yield further benefit to achieve clinical success. Our phantom percepts striatal gate-control model5 accounts for those and other tinnitus modulators, and provides a conceptual anchor to target them to enhance treatment benefit.

This trial recruited highly distressed patients with tinnitus who had exhausted conventional therapies and were willing to accept invasive surgical neuromodulation without a priori knowledge of treatment effect size. Not surprisingly, patient willingness to accept invasive therapy is related directly to tinnitus severity and treatment benefit magnitude.9 For patients with mild tinnitus who are unlikely to accept invasive therapy, they are nonetheless likely to accept incision-free therapy. In a cohort of 101 firefighters with mild tinnitus who were surveyed for their willingness to accept implant-free focally destructive Gamma Knife radiosurgery to a single caudate nucleus, 43% were likely to accept therapy if tinnitus would be improved by 75%.10 The potential treatment population who would accept implant-free lesion therapy, such as radiosurgery or FUS, appears to be substantial. It would seem that patients with tinnitus of even mild severity would rather not be troubled by their auditory phantom, provided the treatment is safe and mostly effective. We are unaware of any implant-free phase I clinical trial targeting the caudate nucleus at this time.

Retaining the capability to explore a variety of stimulation parameter sets conferred by invasive DBS without artificial time constraints was especially important in this early clinical trial to evaluate safety and efficacy. The success of early-phase studies in novel disorders and treatment targets may be negatively impacted by predetermined time limits placed on this discovery process. Triggered adverse events, including visual phantoms, were controllably reversible by changing stimulation parameters. The iterative search method to determine optimal stimulation parameters was unexpectedly lengthy, giving rise to consideration of a closed-loop method akin to beta-band activity adaptive stimulation in PD.6,7,13 It should be noted that the key distinction between tinnitus and PD is that the former is a sensory phantom perceptual disorder in which multiple sound-quality dimensions impact severity (loudness, rhythm, pitch, location, etc.), and none are accessible to an external observer for objective measurement. The identification of a neurophysiological biomarker for closed-loop adaptive stimulation in tinnitus will be significantly more challenging.

Tinnitus3 is a particular class of sensory phantom perceptual disorders, in which elemental, fragmented, or distorted sensations attributable to specific body parts are perceived in the absence of physical triggers. Sensory phantoms typically arise following partial or complete functional amputation of the referred corporeal source. Some well-known examples are phantom limb sensation in extremity amputation,8,11 Charles Bonnet syndrome in vision loss,1 phantosmia in smell impairment,2 and phantom breast syndrome in mastectomized women.12,14 This work suggests that the caudate nucleus is deserving of deeper study not only in its promise to treat tinnitus, but also in its potential to mitigate other classes of sensory phantoms. 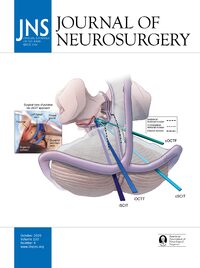