Stimulation of primary visual cortices has the potential to restore some degree of vision to blind individuals. Developing safe and reliable visual cortical prostheses requires assessment of the long-term stability, feasibility, and safety of generating stimulation-evoked perceptions.

A NeuroPace responsive neurostimulation system was implanted in a blind individual with an 8-year history of bare light perception, and stimulation-evoked phosphenes were evaluated over 19 months (41 test sessions). Electrical stimulation was delivered via two four-contact subdural electrode strips implanted over the right medial occipital cortex. Current and charge thresholds for eliciting visual perception (phosphenes) were measured, as were the shape, size, location, and intensity of the phosphenes. Adverse events were also assessed.

Stimulation of all contacts resulted in phosphene perception. Phosphenes appeared completely or partially in the left hemifield. Stimulation of the electrodes below the calcarine sulcus elicited phosphenes in the superior hemifield and vice versa. Changing the stimulation parameters of frequency, pulse width, and burst duration affected current thresholds for eliciting phosphenes, and increasing the amplitude or frequency of stimulation resulted in brighter perceptions. While stimulation thresholds decreased between an average of 5% and 12% after 19 months, spatial mapping of phosphenes remained consistent over time. Although no serious adverse events were observed, the subject experienced mild headaches and dizziness in three instances, symptoms that did not persist for more than a few hours and for which no clinical intervention was required.

Using an off-the-shelf neurostimulator, the authors were able to reliably generate phosphenes in different areas of the visual field over 19 months with no serious adverse events, providing preliminary proof of feasibility and safety to proceed with visual epicortical prosthetic clinical trials. Moreover, they systematically explored the relationship between stimulation parameters and phosphene thresholds and discovered the direct relation of perception thresholds based on primary visual cortex (V1) neuronal population excitation thresholds. 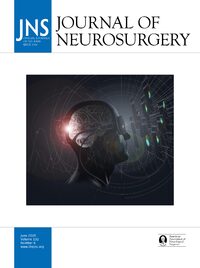