Letter to the Editor. 3D-printed polymethylmethacrylate implant for cranioplasty

TO THE EDITOR: We read with great interest the article by Morales-Gómez et al.7 (Morales-Gómez JA, Garcia-Estrada E, Leos-Bortoni JE, et al: Cranioplasty with a low-cost customized polymethylmethacrylate implant using a desktop 3D printer. J Neurosurg [epub ahead of print June 15, 2018; DOI: 10.3171/2017.12.JNS172574]). We would like to applaud the authors for publicizing their manufacturing technique, with the customized implant’s opportunity to significantly decrease the cost of life-altering surgeries. At the same time, however, we would like to discuss, in further detail, the common misconception that autologous bone is still considered the gold-standard reconstructive material of choice.

First, reports have shown complication rates with autologous bone flaps for cranioplasty at around 20%–40%, with bone flaps having equal or greater infection risk when compared to implants.4,5 In terms of sterile resorption (which is, of note, exclusive to autologous bone), this was seen in 20% of all cranioplasty patients in a meta-analysis evaluating 950 autologous bone flaps versus 636 synthetic implants. Additionally, the authors of this meta-analysis, Malcom et al., also found significantly higher rates of reoperation (odds ratio 1.9) primarily due to bone resorption.5 Furthermore, bone flap resorption and/or the incidence of infection can equate to more than one additional surgery for patients—one being the actual bone flap removal/washout and the other being the staged cranioplasty with the implant.

Second, a final major drawback of autologous bone versus customized cranial implants is the inability of autologous bone to correct for persistent temporal hollowing (PTH) deformity following delayed cranioplasty. PTH has been found to occur in up to 52% of patients undergoing decompressive craniectomy, due to factors such as temporalis muscle detachment, temporalis muscle descent, and temporalis muscle/fat pad atrophy.2,8,11 For this reason, the senior author (C.R.G.) developed a material-agnostic design algorithm in which both the soft tissue (temporalis and temporal fat pad) and cranial defect can each be accounted for when designing customized cranial implants in an effort to avoid PTH, which, of note, can be seen in Fig. 3 of their article.7,11 We therefore encourage all surgeons and implant-design engineers to be cognizant of this important factor when designing customized cranial implants.

Last, the future of neurotechnology, including areas such as implantable neuromodulation systems for epilepsy management, local medicine delivery for malignant brain tumors, and implantable shunt devices/pressure monitors for hydrocephalus, will undoubtedly collide with the robust cranial implant industry as these platforms provide incredible synergy.6 And when this collision occurs, a clear cranial implant will be the only choice for fabrication and 3D printing. However, of all the popular FDA-approved biomaterials, polymethylmethacrylate (PMMA) is the only fully transparent, clear-form variant, as opposed to the likes of high-density polyethylethylketone (PEEK) or titanium, for example.1,3,10

Therefore, for the aforementioned reasons, we have similarly chosen PMMA as our preferred material for all delayed cranial reconstructions at our center for Neuroplastic and Reconstructive Surgery.10 Understandably, despite the inherent drawbacks of autologous bone reconstruction, cost and availability remain the major factors limiting the widespread use of PMMA customized cranial implants. Thus, with the encouraging developments described by Morales-Gómez et al.,7 and many others, neurosurgical patients will have increasing access to customized PMMA cranial implants, which we agree are the superior choice compared to autologous bone.9

Dr. Gordon is a consultant for Stryker and Longeviti Neuro Solutions.

We thank Santiago et al. very much for their encouraging response; we are grateful to receive their kind feedback.

The number of trials available for review is scarce. There are only two small randomized controlled trials, and study results of low quality and high heterogeneity make it difficult to arrive at a definitive conclusion.1,5

The best evidence, published in the systematic reviews of Malcolm et al. and van de Vijfeijken et al., shows a higher failure risk in autologous bone than allografts, which brings to light synthetic implants and favors the decision to use them.6,7

In this analysis, the significantly higher rates of reoperation in patients with autologous implants are primarily due to bone resorption. The factors that result in clinically relevant bone resorption remain unclear. One significant variable could be the bone-handling protocols, which can lead to maintaining the cells in the flap, or not. Without a standard method to handle the explanted bone reported in the published data, a definitive conclusion cannot be drawn.

At our institution, we decided to use PMMA as our preferred material because of its superior outcome. We tried to store autologous bone in the abdominal pocket and to perform cryopreservation, but there were higher infection rates or reabsorption. Also, in bone cryopreservation storage, significant aggregate upfront costs to the patients prevent its widespread use.

Indeed, integrating neurotechnology or using a modified implant to correct the persistent temporal hollowing2 can be anticipated when designing the implants and is a cutting-edge development, as Gordon et al. have already masterfully described.3,4

Adding these variables to our method is feasible and encouraging. Like Gordon and colleagues’ and Santiago et al.’s research groups, and many others, we are looking forward to the new frontier of not only reconstructive but regenerative neurosurgery. 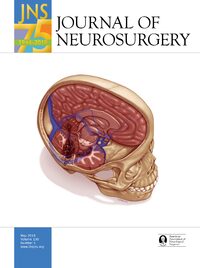