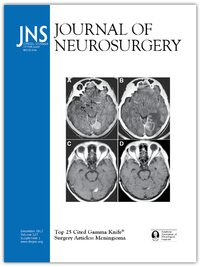 Number of highly cited works per year of publication.

Word cloud of meningioma articles based on the frequency of focus for the highly cited published works. 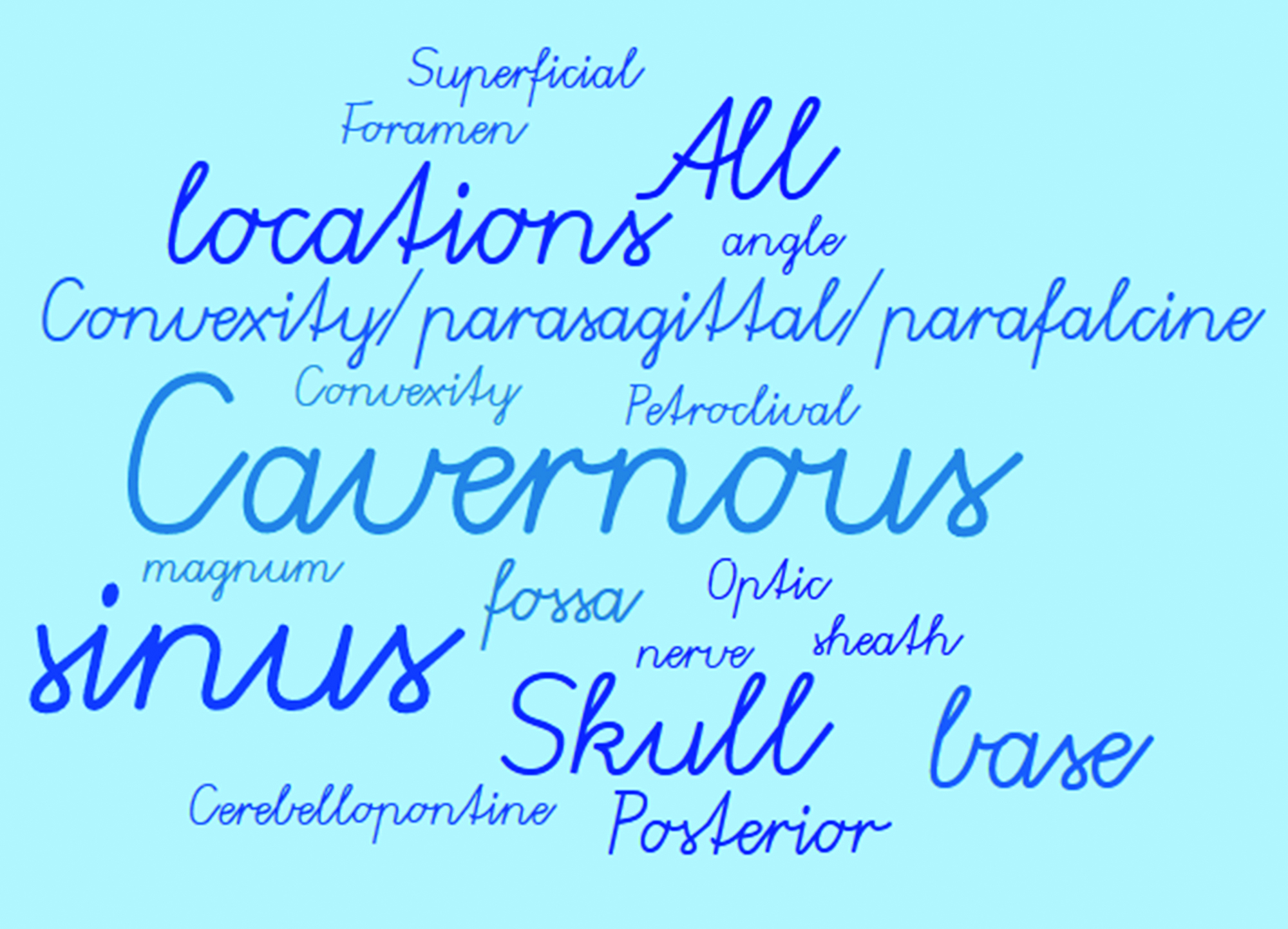