In this issue of the Journal of Neurosurgery, Shibao and colleagues present a series of 48 patients with various petroclival lesions who underwent resection via the anterior transpetrosal approach (ATPA) at the University of Keio, Japan, over a 4-year period.8 The authors evaluated the anatomical variations of the superficial middle cerebral vein (SMCV) and proposed several surgical modifications to preserve this venous drainage during ATPA. All patients underwent preoperative evaluation of the SMCV using 3D CT venography (CTV).

Based on the pattern of venous drainage determined on the preoperative 3D CTV as well as the intraoperative findings, the authors modified Hacker’s2 original classification of the SMCV drainage into 3 types, which have been nicely illustrated in the article. Type 1, also referred to as the cavernous or absent type, consisted of either absent drainage or drainage into the cavernous sinus (CS) via the sphenoparietal sinus. Type 2, also referred to as the sphenobasal type, consisted of drainage that ran parallel to the lesser wing of sphenoid, exited the skull via the medial (Type 2a) or lateral (Type 2b) side of the foramen ovale, and ultimately drained into the pterygoid plexus. Type 3, also referred to as the sphenopetrosal or middle fossa type, consists of drainage along the floor of the middle cranial fossa and into the transverse sinus or posterior part of the superior petrosal sinus (SPS). Type 3 drainage was further subdivided, based on intraoperative subdural inspection of the venous drainage, into vein (Type 3a) if the sphenopetrosal vein was entirely subdural, vein and sinus (Type 3b) if the drainage was partly subdural and partly within the dural leaflets, and sinus (Type 3c) if the drainage was entirely within the dural leaflets. The frequency of each type was as follows: Type 1, 68.7% (33/48); Type 2a, 8.3% (4/48); Type 2b, 4.2% (2/48); Type 3a, 14.6% (7/48); Type 3b, 2.1% (1/48); and Type 3c, 2.1% (1/48).

Based on this classification the authors tailored their surgical approach to the petrous apex in an attempt to preserve the venous drainage of the SMCV. In the case of Type 1, Type 2a, and Type 3a, a standard epidural ATPA was performed, because there was minimal risk of interrupting the SMCV outflow during extradural exposure of the petrous apex. On the other hand, the authors performed 3 modifications for the other types of SMCV. In Type 2b, an epidural anterior petrosectomy with subdural visualization of the sphenobasal vein was performed. In Type 3b, a modification of the dural incision was made to preserve the sphenopetrosal vein as it drained into the sphenopetrosal sinus in the middle cranial fossa. In Type 3c, a subdural anterior petrosectomy was performed. The authors reported no venous complications in their series of patients, and should be congratulated on their overall excellent surgical results.

The article has some limitations, including the retrospective nature of the review, the relatively small number of patients treated via an ATPA, and the lack of a control group. Furthermore, the sylvian venous drainage was assessed using CTV rather than catheter angiography, which could have more accurately demonstrated the pattern of venous drainage and the potential for collateral vessels.

The article brings up the important topic of venous sacrifice in cranial neurosurgery. We have addressed this issue in a recently published manuscript1 and would like to take this opportunity to emphasize certain aspects as it relates to the current article. To our knowledge there is no clear documentation in the literature that the sacrifice of the anterior sylvian veins once they leave the fissure leads to any serious damage. The authors of the current study cite only 1 article3 in which postoperative temporal lobe swelling, seen in 2 of 12 patients with petroclival lesions, was suggested to be a result of interruption of CS drainage to the pterygoid plexus following extradural ATPA. The obvious question is whether the postoperative swelling encountered in these patients was related to venous sacrifice or was rather a consequence of the temporal lobe retraction necessary for the exposure. Given the fact that there are generally ample routes of venous drainage into and out of the CS as well as sufficient communication between both CSs via the anterior and posterior intercavernous sinuses, we are inclined to believe that temporal lobe retraction is the more likely culprit.

Sylvian venous drainage can be simply divided into sphenoidal, tentorial, and cortical groups. The sphenoidal group is formed by the terminal ends of the superficial and occasionally the deep sylvian veins and drains into the sphenoparietal and CSs, or less commonly the sphenobasal sinus. Sacrifice of any of the superficial or deep sylvian veins while they are still within the fissure should be performed with great trepidation and only if they are of small caliber and demonstrate adequate anastomoses. However, interruption of the anterior terminal ends of the sylvian veins once they leave the fissure, before they enter the sphenoparietal sinus, sphenobasal sinus, and CS can be performed safely. In fact we have routinely sacrificed the anterior sylvian veins, which correspond to the Type 1 and Type 2 pattern of venous drainage described in the current article, without consequence, as is frequently necessary during the “half and half” or temporopolar approach to lesions of the tentorial incisura, upper clivus, and interpeduncular cistern.6 The reason this is possible is that normally there are sufficient cortical collateral vessels to allow rapid reversal of flow and avoidance of adverse sequelae.

The tentorial group consists of several bridging veins that may be encountered during the subtemporal approach as they run from the temporal lobe to enter the transverse, tentorial, and SPSs. Rhoton divided these veins into a medial group (uncal, anterior hippocampal, and medial temporal veins), which drains into the basal vein of Rosenthal, and a lateral group (anterior, middle, and posterior temporobasal veins), which drains into the tentorium and eventually the transverse sinus.7 Occasionally the lateral inferior temporal veins, which correspond to the Type 3 or sphenopetrosal pattern of venous drainage described in the current article, can be of considerable caliber and pose a limitation during the subtemporal approach. They also can drain into a large tentorial sinus that may make division of the tentorium dangerous. There appears to be a reciprocal relationship between the size of the inferior temporal veins and the vein of Labbé, so that enlargement of one system is associated with a decrease in size of the other. The decision regarding the safety of sacrificing one or more of the inferior temporal veins is not straightforward, and requires careful intraoperative surgical judgment. On several occasions during his career, the senior author (R.C.H.) has aborted an attempt at a subtemporal procedure or at a combined subtemporal/presigmoid transpetrosal approach due to the unfavorable venous anatomy, opting to choose a different approach at a later time.5

The cortical group consists primarily of the vein of Labbé and the vein of Trolard, which form an anastomosis between the superficial sylvian veins and the transverse/sigmoid junction and the superior sagittal sinus, respectively. The vein of Labbé is encountered during subtemporal approaches and must be preserved at all costs to avoid venous infarction of the temporal lobe. Although it is well known that damage to the dominant temporal lobe can cause serious neurological morbidity, injury to the nondominant temporal lobe from damage to the vein of Labbé can be just as devastating, resulting in major disturbances in personality and memory. The presence of a more anteriorly situated vein of Labbé can present a major obstacle during the subtemporal approach. The senior author has described a technique to circumvent this problem by resecting a small amount of the inferior temporal gyrus either in front of or behind the vein of Labbé to avoid stretching the vessel and injuring it.4

We enjoyed very much the beautifully illustrated and thoughtful article by Shibao and colleagues, and thank them for their important contribution.

We are very grateful to Drs. Elhammady and Heros for their thoughtful comments about our paper. They classified the SMCV drainage pattern into 3 groups: sphenoidal, tentorial, and cortical, and discussed the sacrifice of veins in each group in detail. As the authors described, collateral venous development and a small caliber indicate the possibility of venous sacrifice. This theory is possibly derived from the large amount of experience of Dr. Heros, an expert neurosurgeon. We agree with their point of view regarding intraoperative judgment about venous sacrifice. Indeed, intraoperative indocyanine green videoangiography may help in judging whether or not to sacrifice veins.1

Although there is no clear evidence in the literature that sacrifice of the SMCV leads to any serious damage, we referenced a different article from the one to which the authors referred, where, in one case, sacrifice of the SMCV may have led to postoperative venous infarction. Additionally, we discussed the possibility of unexpected postoperative brain injury caused by cerebral venous circulation disturbances. Considering these issues, it cannot be determined whether the SMCV should be sacrificed. Thus, our philosophy is that, because venous complication cannot be predicted, venous drainage should be preserved as much as possible. We always check venous patterns and collateral development on preoperative 3D CTV in each patient to decide on the selection or modification of approaches for venous preservation.

In addition to the SMCV, we also pay attention to other important veins such as the vein of Labbé, superior petrosal vein (SPV), and inferior cerebral vein in the ATPA. The vein of Labbé and the SPV have been reported as important veins that should be carefully preserved.3,4 In a case in which the SPV is compressed or occluded by a tumor (e.g., petroclival meningiomas) and venous collaterals develop, this vein can be sacrificed at the point just after the junction so that patency of the drainage route of the collateral vein can be maintained. On the other hand, when the SPV is patent with its junction to the SPS behind the tumor attachment, this vein should be preserved. The inferior cerebral vein, which has never been taken notice of in the ATPA, drains from the base of the temporal or occipital lobes to the CS, SPS, and tentorium.2 This vein has also been described as the temporal base-bridging vein. When the inferior cerebral vein drains into the SPS or a large tentorial sinus, special attention should be paid to this vessel during SPS ligation or tentorial division in the ATPA.

The discussion regarding venous sacrifice or preservation during neurosurgical approaches is important. Further exploration of the method, both to preserve the venous drainage and to perform venous sacrifice safely, may improve the efficiency in this surgical field and help achieve a good outcome. 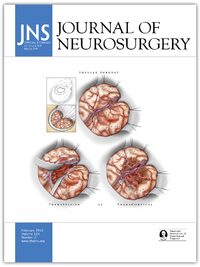