The authors report a case of an intracranial extravasation during the withdrawal of a Trevo ProVue stent retriever device in a patient being treated for acute ischemic stroke. An 82-year-old woman developed sudden left hemiparesis and aphasia during an urgent cardiac catheterization procedure for a non–ST elevation myocardial infarction. She had a baseline National Institutes of Health Stroke Scale (NIHSS) score of at least 10 and no improvement with intravenous administration of tissue plasminogen activator (tPA). Cerebral angiography was performed with conscious sedation, confirming an occlusion of the superior division of the right middle cerebral artery (MCA). Using standard technique, a Trevo thrombectomy device was deployed across the clot. Post-thrombectomy control angiography demonstrated complete revascularization of the right MCA. The device was then gently withdrawn without difficulty. Immediately afterward the patient's blood pressure showed a sudden and significant elevation. Immediate posttreatment angiography demonstrated active extravasation from the posterior wall of the communicating segment of the right internal carotid artery. Rapid cessation of bleeding was achieved with intravenous administration of protamine and induced hypotension. Immediate neurological assessment was performed, which showed motor improvement. An immediate postintervention CT scan confirmed a moderate-sized subarachnoid hemorrhage and contrast in the prepontine cistern. The patient was discharged home on postoperative Day 3 with an NIHSS score of zero. At 6-month follow-up in the neurointerventional clinic, her NIHSS and modified Rankin Scale scores were both zero.

Endovascular stent retriever devices are increasingly being used as first-line thrombectomy devices in acute embolic strokes. A unique and previously undescribed complication is vessel perforation during withdrawal of a stent retriever. Conservative treatment options and reversal of anticoagulation should be the first line of treatment for such complications. In the authors' case, performing the procedure without anesthesia was helpful in assessing the patient's neurological status. 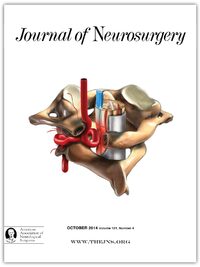