There are 3 translations of the Edwin Smith Papyrus: Breasted's (1930), Allen's (2005), and Sanchez and Meltzer's (2012). Case 8 is similarly presented in all 3 translations, although with increasing detail in the later works. The patient in Case 8 had a comminuted skull fracture under intact skin. There were palpable pulsations at the fracture site. There was deviation of the eye on the side of the injury and an ipsilateral spastic hemiparesis in an ambulant patient with bleeding from the nose and ear.

Explanations of the paralysis have included a contrecoup lesion and compression of the contralateral cerebral peduncle against the tentorial incisura. Brainstem compression due to herniation is accompanied by loss of consciousness. Extensive contrecoup lesions consistent with the extent of the described paresis would also be associated with probable coma. The paralysis was spastic, but spasticity takes weeks to develop after trauma. Yet this patient's trauma was fresh, as there was still bleeding from the nose and the ear.

It is suggested the paresis antedated the trauma, which was not its cause. The reasons for this suggestion are presented in this paper. 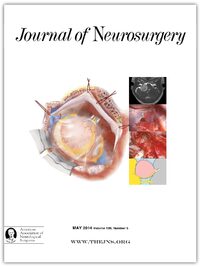