Neurosurgery in the Byzantine Empire: the contributions of Paul of Aegina (625–690 AD)

Paul of Aegina (625–690 AD) was born on the island of Aegina and was one of the most prominent physician-writers of the Byzantine Empire. His work Epitome of Medicine, comprised of 7 books, was a comprehensive compendium of the medical and surgical knowledge of his time and was subsequently translated into multiple languages. Paul of Aegina made valuable contributions to neurosurgical subjects and described procedures for the treatment of nerve injuries, hydrocephalus, and fractures of the skull and spine. His work combined the ancient knowledge of Hippocrates and Galen with contemporary medical observations and served as a bridge between Byzantine and Arabic medicine. He is considered to be one of the great ancient Greek medical writers and his work has influenced the subsequent evolution of Western European and Arab medicine. This paper provides an account of his contribution to the management of neurosurgical pathologies during the Byzantine era, as described in his medical compendium, Epitome of Medicine. 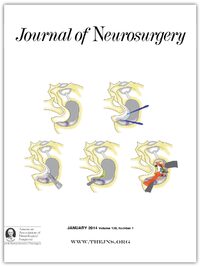