Gadolinium diethylenetriamine pentaacetic acid (Gd-DTPA) is a contrast agent commonly used for enhancing MRI. In this paper, the authors report on 2 cases of postoperative inadvertent administration of Gd-DTPA directly into a ventriculostomy tubing side port that was mistaken for intravenous tubing. Both cases demonstrated a low signal on MRI throughout the ventricular system and dependent portions of the subarachnoid spaces, which was originally believed to be CSF with areas of T1 shortening in the nondependent portions of the subarachnoid spaces, and misinterpreted as basal leptomeningeal enhancement and meningitis. The authors propose that the appearance of profound T1 hypointensity within the ventricles and diffuse susceptibility artifact along the ependyma is pathognomonic of intraventricular Gd-DTPA and should be recognized. 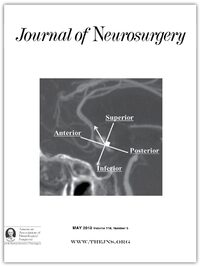