Rosai-Dorfman disease (RDD) is a rare non-Langerhans histiocytosis that usually presents with lymphadenopathy. Although isolated involvement of the CNS was considered to be uncommon, numerous cases have been reported in recent years. For RDD of the CNS, the treatment consists, in general, of surgery. In cases of partial resection or relapse, chemotherapy regimens, corticosteroids, and/or radiotherapy have yielded negative results. The authors describe the case of a 57-year-old man with a history of chronic Q fever who presented with aphasia and partial seizure. Computed tomography of the brain revealed a left frontotemporal lesion that was suggestive of a meningioma. The lesion was partially resected and histopathological evaluation revealed the presence of RDD. Nineteen months later, a Jacksonian seizure prompted MRI evaluation, which disclosed a local recurrence of the tumor. Computed tomography and FDG-PET demonstrated that the RDD involved no other site, but the presence of ileitis, noted on ileoscopy, led to the diagnosis of Crohn disease. Treatment with the purine analog azathioprine was initiated, leading to an objective and sustained response in both the RDD tumor and ileitis over 35 months of follow-up. This case report highlights the potential use of a purine analog in cases of relapsing RDD of the CNS and a possible common defect of macrophage regulation in RDD, Crohn disease, and Q fever. 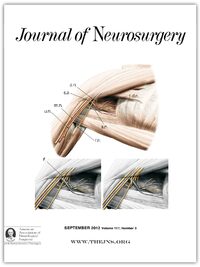