The ventricular system is a rare localization for intracranial aneurysms. Most ventricular aneurysms arise from a distal branch of the choroidal arteries and a major branch point of the circle of Willis.

A 41-year-old-man suffering from dizziness of 2 weeks' duration was admitted to the clinic. On radiological examination, he had a well-circumscribed mass involving the frontal horn of the right lateral ventricle without radiological evidence of a prior or recent hemorrhage. Localization and radiological appearance were not typical of a ventricular mass and did not allow diagnosis. After cerebral angiography, an aneurysm arising from the distal anterior cerebral artery was incidentally found in an intraventricular location. This unruptured aneurysm was successfully treated via the endovascular route.

The authors describe the unusual case of a distal anterior cerebral artery aneurysm with a dome extending into the right lateral ventricle, which appears to be the first such case in the literature. Angiography may be helpful to neurosurgeons in avoiding the disastrous complications of a biopsy procedure in such unusual cases. 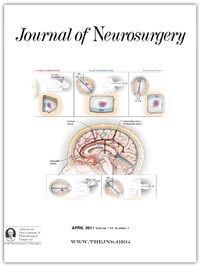