Chronic subdural hematoma in the elderly: not a benign disease

Chronic subdural hematoma (CSDH) is perceived to be a “benign,” easily treated condition in the elderly, but reported follow-up periods are brief, usually limited to acute hospitalization.

The authors conducted a retrospective review of data obtained in a prospectively identified consecutive series of adult patients admitted to their institution between September 2000 and February 2008 and in whom there was a CT diagnosis of CSDH. Survival data were compared to life-table data.

Of the 209 cases analyzed, 63% were men and the mean age was 80.6 years (range 65–96 years). Primary surgical interventions performed were bur holes in 21 patients, twist-drill closed-system drainage in 44, and craniotomies in 72. An additional 72 patients were simply observed. Reoperations were recorded in 5 patients—4 who had previously undergone twist-drill drainage and 1 who had previously undergone a bur hole procedure (p = 0.41, chi-square analysis). Thirty-five patients (16.7%) died in hospital, 130 were discharged to rehabilitation or a skilled care facility, and 44 returned home. The follow-up period extended to a maximum of 8.3 years (median 1.45 years). Six-month and 1-year mortality rates were 26.3% and 32%, respectively.

In the multivariate analysis (step-wise logistic regression), the sole factor that predicted in-hospital death was neurological status on admission (OR 2.1, p = 0.02, for each step). Following discharge, the median survival in the remaining cohort was 4.4 years. In the Cox proportional hazards model, only age (hazard ratio [HR] 1.06/year, p = 0.02) and discharge to home (HR 0.24, p = 0.01) were related to survival, whereas the type of intervention, whether surgery was performed, size of subdural hematoma, amount of shift, bilateral subdural hematomas, and anticoagulant agent use did not affect the long- or short-term mortality rate.

In this first report of the long-term outcome of elderly patients with CSDH the authors observed persistent excess mortality up to 1 year beyond diagnosis. This belies the notion that CSDH is a benign disease and indicates it is a marker of other underlying chronic diseases similar to hip fracture. 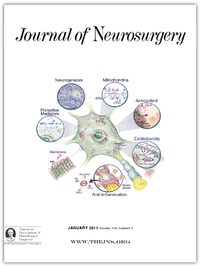