The authors have applied high-definition fiber tracking (HDFT) to the resection of an intraparenchymal dermoid cyst by using a minimally invasive endoscopic port. The lesion was located within the mesial frontal lobe, septal area, hypothalamus, and suprasellar recess. Using high-dimensional (256 directions) diffusion imaging, more than 250,000 fiber tracts were imaged before and after surgery. Trajectory planning using HDFT in a computer model was used to facilitate cannulation of the cyst with the endoscopic port. Analysis of the proposed initial surgical route was overlaid onto the fiber tracts and was predicted to produce substantial disruption to prefrontal projection fibers (anterior limb of the internal capsule) and the cingulum. Adjustment of the cannulation entry point 1 cm medially was predicted to cross the corpus callosum instead of the anterior limb of the internal capsule or the cingulum. Following cyst resection performed using endoscopic port surgery, postoperative imaging demonstrated accurate cannulation of the lesion, with improved quantitative signal from both the anterior limb of the internal capsule and the cingulum. The observed fiber preservation from the cingulum and the anterior limb of the internal capsule, with minor injury to the corpus callosum, was in close agreement with preoperative trajectory modeling. Comparison of pre- and postoperative HDFT data facilitated quantification of the benefits and costs of the surgical trajectory. Future studies will help to determine whether HDFT combined with endoscopic port surgery facilitates anatomical and functional preservation in such challenging cases. 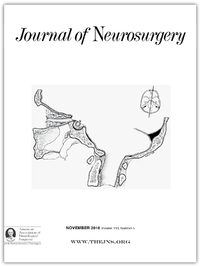