With recent advances in the adjuvant treatment of malignant brain astrocytomas, it is increasingly debated whether extent of resection affects survival. In this study, the authors investigate this issue after primary and revision resection of these lesions.

The authors retrospectively reviewed the cases of 1215 patients who underwent surgery for malignant brain astrocytomas (World Health Organization [WHO] Grade III or IV) at a single institution from 1996 to 2006. Patients with deep-seated or unresectable lesions were excluded. Based on MR imaging results obtained < 48 hours after surgery, gross-total resection (GTR) was defined as no residual enhancement, near-total resection (NTR) as having thin rim enhancement of the resection cavity only, and subtotal resection (STR) as having residual nodular enhancement. The independent association of extent of resection and subsequent survival was assessed via a multivariate proportional hazards regression analysis.

In the authors' experience with both primary and secondary resection of malignant brain astrocytomas, increasing extent of resection was associated with improved survival independent of age, degree of disability, WHO grade, or subsequent treatment modalities used. The maximum extent of resection should be safely attempted while minimizing the risk of surgically induced neurological injury. 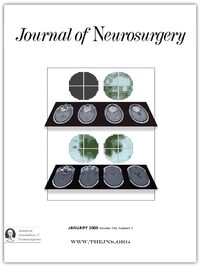