Case report and review of the literature

✓Dissociated language functions are largely invalidated by standard techniques such as the amobarbital test and cortical stimulation. Language studies in which magnetoencephalography (MEG) and functional magnetic resonance (fMR) imaging are used to record data while the patient performs lexicosemantic tasks have enabled researchers to perform independent brain mapping for temporal and frontal language functions (MEG is used for temporal and fMR imaging for frontal functions). In this case report, the authors describe a right-handed patient in whom a right-sided insular glioma was diagnosed. The patient had a right-lateralized receptive language area, but expressive language function was identified in the left hemisphere on fMR imaging–and MEG-based mapping. Examinations were performed in 20 right-handed patients with low-grade gliomas (control group) for careful comparison with and interpretation of this patient’s results. In these tests, all patients were asked to generate verbs related to acoustically presented nouns (verb generation) for fMR imaging, and to categorize as abstract or concrete a set of visually presented words consisting of three Japanese letters for fMR imaging and MEG.

The most prominent display of fMR imaging activation by the verb-generation task was observed in the left inferior and middle frontal gyri in all participants, including the patient presented here. Estimated dipoles identified with the abstract/concrete categorization task were concentrated in the superior temporal and supramarginal gyri in the left hemisphere in all control patients. In this patient, however, the right superior temporal region demonstrated significantly stronger activations on MEG and fMR imaging with the abstract/concrete categorization task. Suspected dissociation of the language functions was successfully mapped with these two imaging modalities and was validated by the modified amobarbital test and the postoperative neurological status. The authors describe detailed functional profiles obtained in this patient and review the cases of four previously described patients in whom dissociated language functions were found. 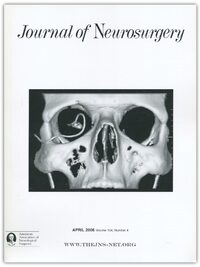