Object. The authors analyzed changes in depression and contemporary functional states by using valid tools in a population-based study sample during a 1-year follow-up period.

Methods. The study population consisted of 77 patients with a solitary primary brain tumor treated surgically at the Oulu Clinic for Neurosurgery. Each patient's depressive status, according to the Beck Depression Inventory (BDI), and functional outcome, based on the Karnofsky Performance Scale (KPS), were evaluated before the tumor was surgically treated as well as 3 months and 1 year after surgery. Before surgery 27 patients (35%) had BDI scores indicating the presence of depression. These scores were significantly higher in patients with a history of depression (p = 0.017) and in those with a lower functional outcome (p = 0.015). In the entire study sample the severity of depression decreased statistically significantly (p = 0.031) at 3 months postsurgery. A lower functional status (KPS score ≤ 70) in patients was significantly associated with high depression scores at the 3-month (p = 0.000) and 1-year (p = 0.005) assessments. The decrease in the level of depression was significant in patients with an anterior tumor (p = 0.049) and those with a pituitary adenoma (p = 0.019).

Conclusions. Affective disorders among patients with brain tumors must be considered immediately after surgery, especially in persons with a depression history and in those with a coincident physical disability. 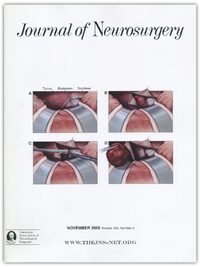