Object. The syndrome of medial temporal lobe epilepsy (MTLE) may occur in patients in whom magnetic resonance (MR) images demonstrate normal findings. In these patients, there is no evidence of hippocampal sclerosis on neuroimaging, and histopathological examination of the resected hippocampus does not reveal significant neuron loss. In this paper the authors describe the distinct clinical features of this MTLE subtype, referred to as paradoxical temporal lobe epilepsy (PTLE).

Methods. The authors selected 12 consecutive patients with preoperative findings consistent with MTLE in whom MR imaging did not demonstrate any hippocampal abnormality. Onset of hippocampal seizure was confirmed by long-term intracranial monitoring. There were six female and six male patients with a mean age of 32 ± 11 years (mean ± standard deviation [SD]) at presentation. These patients' seizure histories, available hippocampal volumetric measurements, and hippocampal cell densities in different subfields were reviewed. Sharp electrode recordings from dentate granule cells that had been maintained in hippocampal slices provided a measure of excitation and inhibition in the tissue. We compared these data with those of a cohort of 50 randomly selected patients who underwent anteromedial temporal resection for medial temporal sclerosis (MTS) during the same time period (1987–1999). The durations of follow up (means ± SDs) for the PTLE and MTS groups were 51 ± 59 months and 88 ± 44 months, respectively.

Conclusions. Clinical PTLE is a distinct syndrome with clinical features and surgical outcomes different from those of MTS. 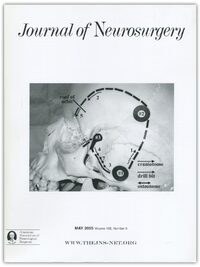