✓ The authors report on a patient with Parkinson disease (PD) and severe obsessive—compulsive disorder (OCD), in whom bilateral stimulation of the subthalamic nucleus (STN) was used to treat both PD and OCD symptoms.

This 49-year-old man had displayed symptoms of PD for 13 years. Progressively, his motor disability became severe despite optimal medical treatment. In parallel, he suffered severe OCD for 16 years, with obsessions of accumulation and compulsions of gathering and rubbing that lasted more than 8 hours per day. Bilateral high-frequency STN stimulation was performed to treat motor disability. After surgery (at 1-year follow up), motor and OCD symptoms were dramatically improved. The pre- and postoperative Yale—Brown Obsessive—Compulsive Scale scores were 32 and 1, respectively. No additional antiparkinsonian drugs were administered.

This case and other recent reports indicate that OCD symptoms can be improved by deep brain stimulation, a finding that opens new perspectives in the surgical treatment of severe and medically intractable OCD. 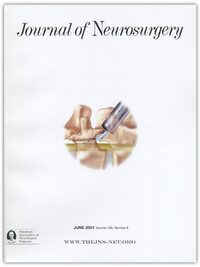