Vertebral artery (VA) occlusion is a serious and potentially life-threatening occurrence. Bow hunter's syndrome, a mechanical occlusion of the VA due to physiological head rotation, has been well described in the medical literature. However, mechanical VA compression due to routine flexion or extension of the neck has not been previously reported. The authors present the unique case of a woman without any history of trauma who had multiple posterior fossa strokes and was found to have dynamic occlusion of her right VA visualized via cerebral angiogram upon extension of her neck. This occlusion was attributed to instability at the occipitocervical junction in a patient with a previously unknown congenital fusion of both the occiput to C-1 and C-2 to C-3. An occiput to C-3 fusion was performed to stabilize her cervical spine and minimize the dynamic vascular compression. A postoperative angiogram showed no evidence of restricted flow with flexion or extension of the neck. This case emphasizes the importance of considering symptoms of vertebrobasilar insufficiency as a result of physiological head movement. The authors also review the literature on VA compression resulting from physiological head movement as well as strategies for clinical diagnosis and treatment. 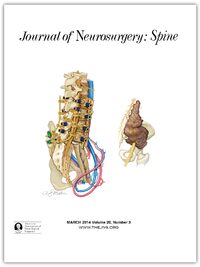