Object. The technique of cervical laminoplasty was developed to decompress the spinal canal in patients with multilevel anterior compression caused by ossification of the posterior longitudinal ligament or cervical spondylosis. There is a paucity of data confirming its superiority to laminectomy with regard to neurological outcome, preserving spinal stability, preventing postlaminectomy kyphosis, and the development of the “postlaminectomy membrane.”

All studies were retrospective, uncontrolled, nonrandomized case series. Forty-one series provided postoperative recovery rate data in which the Japanese Orthopaedic Association Scale was used for assessing myelopathy. The mean recovery rate was 55% (range 20–80%). The authors of 23 papers provided data on the percentage of patients improving (mean ∼80%). There was no difference in neurological outcome based on the different laminoplasty techniques or when laminoplasty was compared with laminectomy. There was postlaminoplasty worsening of cervical alignment in approximately 35% and with development of postoperative kyphosis in approximately 10% of patients who underwent long-term follow-up review. Cervical ROM decreased substantially after laminoplasty (mean decrease 50%, range 17–80%). The authors of studies with long-term follow up found that there was progressive loss of cervical ROM, and final ROM similar to that seen in patients who had undergone laminectomy and fusion. In their review of the laminectomy literature the authors could not confirm the occurrence of postlaminectomy membrane causing clinically significant deterioration of neurological function. Postoperative complications differed substantially among series. In only seven articles did the writers quantify the rates of postoperative axial neck pain, noting an incidence between 6 and 60%. In approximately 8% of patients, C-5 nerve root dysfunction developed based on the 12 articles in which this complication was reported. 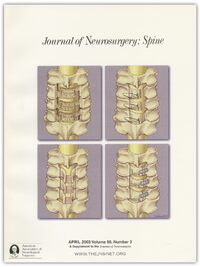