Object. Various approaches have been described for resection of the dens of the axis, each of which has potential advantages and disadvantages. Anterior approaches such as the transoral route or its modifications are the most commonly used for resection of this structure. The transcondylar approach, however, which allows the surgeon to view the craniovertebral junction (CVJ) from a lateral perspective, has been introduced by Al-Mefty, et al., as an alternative approach. In this report, the authors describe the surgical technique of the extreme lateral—transatlas approach and their clinical experiences.

Methods. The authors first examined the surgical approach to the dens from a lateral perspective in five cadaveric heads. They found that removal of the lateral mass of the atlas provided adequate exposure for resection of the dens. Following this cadaveric study, the extreme lateral—transatlas approach was successfully performed at the authors' institution over a 1-year period (September 1998–August 1999) in five patients with basilar invagination due to congenital anomaly of the CVJ and rheumatoid arthritis. Furthermore, during the same procedure, unilateral occipitocervical fusion was performed following resection of the dens.

In all cases complete resection of the dens was achieved using the extreme—lateral transatlas approach. This procedure provides a sterile operative field and the ability to perform occipitocervical fusion immediately following the resection. No postoperative complications or craniocervical instability were observed. The mean follow-up period was 17.2 months (range 13–24 months).

Conclusions. The extreme lateral—transatlas approach for resection of the dens was found to be safe and effective. Knowledge of the anatomy of this region, especially of the V3 segment of the vertebral artery, is essential for the success of this procedure. 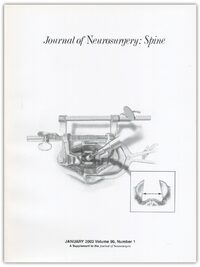