Sustained postoperative opioid use after elective surgery is a matter of growing concern. Herein, the authors investigated incidence and predictors of long-term opioid use among patients undergoing elective lumbar spine surgery, especially as a function of opioid prescribing practices at postoperative discharge (dose in morphine milligram equivalents [MMEs] and type of opioid).

The OptumLabs Data Warehouse (OLDW) was queried for postdischarge opioid prescriptions for patients undergoing elective lumbar decompression and discectomy (LDD) or posterior lumbar fusion (PLF) for degenerative spine disease. Only patients who received an opioid prescription at postoperative discharge and those who had a minimum of 180 days of insurance coverage prior to surgery and 180 days after surgery were included. Opioid-naive patients were defined as those who had no opioid fills in 180 days prior to surgery. The following patterns of long-term postoperative use were investigated: additional fills (at least one opioid fill 90–180 days after surgery), persistent fills (any span of opioid use starting in the 180 days after surgery and lasting at least 90 days), and Consortium to Study Opioid Risks and Trends (CONSORT) criteria for persistent use (episodes of opioid prescribing lasting longer than 90 days and 120 or more total days’ supply or 10 or more prescriptions in 180 days after the index fill). Multivariable logistic regression was performed to identify predictors of long-term use.

In an analysis of pharmacy claims from a national insurance database, the authors identified incidence and predictors of long-term opioid use after elective lumbar spine surgery. 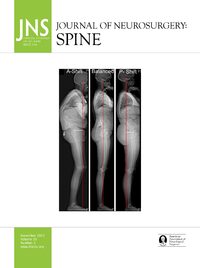