The authors sought to describe the long-term recurrence patterns, prognostic factors, and effect of adjuvant or salvage radiotherapy (RT) on treatment outcomes for patients with spinal myxopapillary ependymoma (MPE).

At initial diagnosis of spinal MPE, GTR is key to long-term RFS, with no benefit to immediate adjuvant RT observed in this series. RT at the time of recurrence, however, is associated with a significantly longer time to second disease recurrence. Surveillance imaging of the entire neuraxis remains crucial, as distant failure is not uncommon in this patient population. 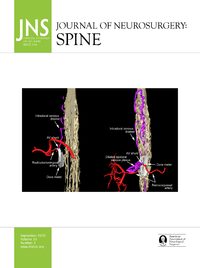