Object. Recombinant human bone morphogenetic protein—2 (rhBMP-2) is being increasingly used for spinal fusion. There are few data regarding its clinical safety, effectiveness, and clinical outcome when applied on an absorbable collagen sponge (ACS) in conjunction with allograft for transforaminal lumbar interbody fusion (TLIF).

Methods. Seventy-four consecutive patients undergoing TLIF for degenerative disc disease were divided into five groups depending on whether the patient underwent a minimally invasive or open approach, as well as the number of spinal levels surgically treated. Surgery-related data, fusion results, complications, and clinical outcome were evaluated. The mean follow-up duration was 20.6 months (range 14–28 months). The radiographic fusion rate was 100% at 12 and 24 months after the surgery. No bone overgrowth or other complications related to BMP use were demonstrated.

Conclusions. Analysis of the results demonstrated that TLIF combined with a BMP-2—soaked ACS is a feasible, effective, and safe method to promote lumbar fusion. There were no significant intergroup differences in clinical outcome between patients who underwent open compared with minimally invasive procedures. Patient satisfaction rates, however, were higher in the minimally invasive procedure group. The efficacy of BMP-2 was not dependent on which approach was used or the number of spinal levels that were treated. 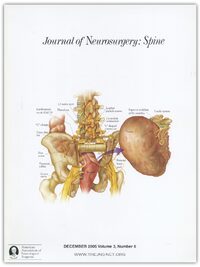