Balantidium coli: an unrecognized cause of vertebral osteomyelitis and myelopathy

Balantidium coli is a ciliated protozoan parasite that primarily infects primates and pigs. It is the largest protozoan to infect humans and is a well-known cause of diarrhea and dysentery. Extraintestinal disease is uncommon, and extraintestinal spread to the peritoneal cavity, appendix, genitourinary tract, and lung has rarely been reported. The authors describe a case of vertebral osteomyelitis with secondary cervical cord compression caused by B. coli. The patient was a 60-year-old immunocompetent man presenting with quadriplegia of short duration. Magnetic resonance imaging of the cervical spine showed extradural and prevertebral abscess at the C3–4 level. Drainage of the abscess, C3–4 discectomy, and iliac bone grafting were performed. Histologically B. coli was confirmed in an abscess sample. To the best of the authors' knowledge, involvement of bone by B. coli has never been reported, and this case is the first documented instance of cervical cord compression due to B. coli osteomyelitis of the spine in the literature. 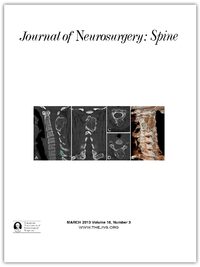