The authors present a case of extensive primary intramedullary spinal CNS ganglioneuroblastoma (GNB) in a 23-year-old man. Central nervous system GNB is a poorly differentiated neuroepithelial tumor composed of neuroblasts and differentiated ganglion cells, and these lesions are extremely uncommon. Most previously reported primary intraaxial neuroblastic tumors were described in the brain. There has been only one other report of primary spinal cord CNS GNB published to date; the clinical course and prognosis for primary spinal cord tumors of this type are unknown. Similar tumor types demonstrate poor prognoses.

This 23-year-old man presented after 9 months of progressive myelopathy. Admission MR imaging showed an intraaxial enhancing mass extending from C-3 to the conus medullaris, with a holocord appearance in several areas. Due to the tumor size, operative intervention was initially limited to biopsy sampling. Chemotherapy resulted in histological maturation, but initial tumor regression was temporary. The patient suffered progressive quadriparesis, and neuroimaging demonstrated slow enlargement of the tumor and an associated syrinx. Nineteen months after diagnosis, the tumor was excised to gross-total resection in a 2-stage operation. One year following resection, the patient had no radiographic recurrence and was functional in a wheelchair with minimal paresis in the upper extremities. This case represents the most extensive example of primary spinal intramedullary CNS GNB reported to date. Holocord tumors present a significant challenge to the neurosurgeon, and resection bears substantial risk of morbidity. In spinal cord CNS GNB, chemotherapy followed by complete resection may be the most effective means of tumor control. 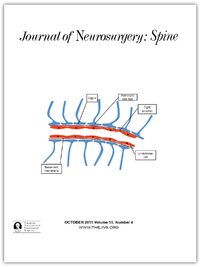