Methods. Twenty-four human lumbosacral spines were tested in the following sequence: intact state, after discectomy, after ALIF, and after TLFS, TFPS, or TSR fixation. Intervertebral motions were measured by a video-based motion capture system. The range of motion (ROM) and neutral zone (NZ) were compared for each loading to a maximum of 7.5 Nm.

Conclusions. Stand-alone ALIF may not provide sufficient stability. Both facet fixations produced significant additional stability and both are comparable to TSR fixation. Although TFPS fixation revealed a slightly inferior result, TFPSs can be placed percutaneously with the assistance of fluoroscopic guidance and it makes the posterior facet fixation minimally invasive. Therefore, the TFPS fixation can be considered as a good alternative to TLFS fixation. 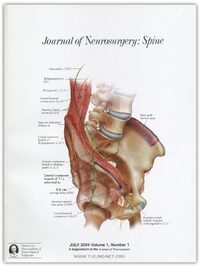