TO THE EDITOR: It was with interest that I read the article by LoPresti et al.1 (LoPresti MA, Nguyen J, Lam SK: Pinning in pediatric neurosurgery: the modified rubber stopper technique. J Neurosurg Pediatr. 2020;26[1]:98–103). The authors write that “The modified rubber stopper technique was first described in 1996, when it was used in the case of a 5-month-old infant undergoing a stereotactic biopsy ... ” in a paper by Douglas Kondziolka and P. David Adelson.2 Unfortunately, the technique was described early in 1989 by Nobuhiko Aoki and Tatsuo Sakai in an article entitled “Modified application of three-point skull clamp for infants,” which is worthy and deserving of original credit.3 Furthermore, a technical report published in 1990 by Donald A. Ross and Michael F. Boland entitled “Three-point skull clamp for infants” extended the use to stereotactic head frames.4

Undoubtedly, among the responsibilities of peer reviewers, journal editors, and authors is thorough literature review and accurate recognition of prior articles. In an era of internet literature searches that take milliseconds, it seems remiss that this oversight of an original description of a technique has occurred. I hope this letter serves as a reminder that authors and journal review processes maintain vigilance in this regard.

We thank the author for his interest in and constructive feedback on our recent work. We sought to use this technical paper as a review of the various modalities, adjustments, and considerations when pinning the skull in pediatric neurosurgery. Regrettably, our work was not a systematic review, and our account of history now stands corrected. We erroneously attributed the first description of the modified rubber stopper technique, an adjusted approach to pinning in pediatric procedures, to Kondziolka and Adelson, in an article published in 1996.1 In fact, two published descriptions preceded what was cited in our manuscript as among the first at describing this modified pinning technique: Aoki and Sakai, 1989,2 and Ross and Boland, 1990.3 The extension of peer review and communication here is essential for ensuring accuracy in the published literature; we are grateful for the opportunity to correct our historical inaccuracy in this response to Dr. Ross’ letter and to give appropriate credit to innovative thinkers in our field. We hope that the content and discussion in our manuscript are not diminished by this lapse and trust that readers find the content presented both in the manuscript and in this letter to be thoughtful and informative. 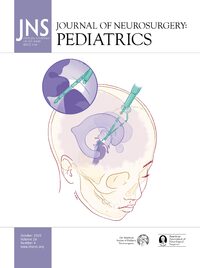