Letter to the Editor. The fallacy of sunk cost: decision-making after intrauterine myelomeningocele repair

TO THE EDITOR: We read with interest the article by Dewan and Wellons1 (Dewan MC, Wellons JC III. Fetal surgery for spina bifida. JNSPG 75th Anniversary Invited Review Article. J Neurosurg Pediatr. 2019;24[2]:105–114). The authors provide an excellent review of intrauterine myelomeningocele (MMC) repair and expertly identified the shifting attitudes of hydrocephalus treatment following the Management of Myelomeningocele Study (MOMS) trial.2 In the trial, the shunt placement rates were 40% in the prenatal surgery group and 82% in the postnatal surgery group. During the trial, a blinded adjudication group judged the need for shunt to be 68% and 98%, respectively. Dewan and Wellons1 provide several reasons for a “cultural pivot in attitudes regarding shunt placement.” We encourage careful consideration in the assessment and treatment of hydrocephalus or ventriculomegaly in these patients with intrauterine MMC repair, as they are very susceptible to the “sunk cost bias.”

The sunk cost bias is the tendency to pursue a predisposed course of action because of previously invested resources.3 Intrauterine MMC surgery requires a great amount of effort and resources invested before the child’s first breath. Investments in intrauterine surgery encompass capital, logistical, and human elements. The mother is at increased risk of pregnancy complications or uterine dehiscence (one-third of women), and the child is at risk of premature birth and the associated morbidity, including respiratory distress syndrome of prematurity.2,4 Additionally, only 50 centers worldwide (21 in North America) offer this procedure, requiring careful coordination of telehealth, maternal travel and relocation, and parental trust in a novel procedure.5 Ultimately, the effort provided prior to birth to avoid CSF diversion is immense.

In the case of infants after prenatal or postnatal MMC repair, the decision against a CSF shunt may be influenced by sunk cost bias. The 1-year data of the MOMS trial demonstrated that almost 30% of children who met the initial shunt insertion criteria did not actually receive a CSF shunt in the prenatal repair group, compared with approximately 15% in the postnatal group. Tulipan et al.6 then revised the original criterion and noted that when also applying overt clinical signs of hydrocephalus, such as split sutures, bulging fontanelle, or sunsetting eyes, this discrepancy disappears. In the absence of overt clinical signs of hydrocephalus, the remaining findings fall on a spectrum and may be subject to personal biases such as the sunk cost bias.

Of course, the increasing popularity of endoscopic third ventriculostomy (ETV) and choroid plexus cauterization (CPC) may also in part explain the discrepancy. It would be interesting if future longitudinal data of the MOMS trial include data on any treatment for CSF diversion, including ETV, to clarify its role in discrepant shunt placement rates as well as if the same bias against placing ventriculoperitoneal shunts is also held against ETV/CPC.

All humans suffer losses disproportionately more than they enjoy triumphs, and the acknowledgment of a sunk cost is experienced as a loss. As the popularity of intrauterine MMC grows, more infants will require careful assessment of hydrocephalus. It is therefore increasingly important to understand common biases and seek unbiased opinions when diagnosing and treating this new, growing cohort of infants.

We appreciate the commentary by Dr. Yan and colleagues regarding our review of fetal surgery for spina bifida that was written in celebration of the Journal of Neurosurgery’s 75th anniversary. The notion of sunk costs is something we, as physicians and surgeons, encounter frequently as clinical decisions are made in relation to the many preceding events, circumstances, and data points. Indeed, our group has previously acknowledged these decision modifiers in the literature and on the podium. But we thank these authors for formally labeling this form of bias and for eloquently describing its conscious and subconscious influence. Few scenarios illustrate the sunk cost phenomenon better than hydrocephalus following intrauterine MMC repair. To avoid their potentially deleterious influence, we must first recognize their existence. Disallowing sunk costs to manipulate our treatment recommendations will ensure that our patients—and their families—are offered the optimal treatment based on the objective data at hand. 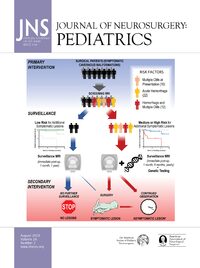