Advanced dynamic statistical parametric mapping (AdSPM) with magnetoencephalography (MEG) was used to identify MRI-negative epileptogenic lesions in this report. A 15-year-old girl had MRI-negative and pharmacology-resistant focal-onset epilepsy. She experienced two types of seizures. Type I consisted of her arousal from sleep, staring, and a forced head-turning movement to the left, followed by secondary generalization. Type II began with an aura of dizziness followed by staring and postictal headache with fatigue. Scalp video-electroencephalography (EEG) captured two type I seizures originating from the right frontocentral region. MEG showed scattered dipoles over the right frontal region. AdSPM identified the spike source at the bottom of the right inferior frontal sulcus. Intracranial video-EEG captured one type I seizure, which originated from the depth electrode at the bottom of the sulcus and correlated with the AdSPM spike source. Accordingly, the patient underwent resection of the middle and inferior frontal gyri, including the AdSPM-identified spike source. Histopathological examination revealed that the patient had focal cortical dysplasia type IIB. To date, the patient has been seizure free for 2 years while receiving topiramate treatment. This is the first preliminary report to identify MRI-negative epilepsy using AdSPM. Further investigation of AdSPM would be valuable for cases of MRI-negative focal epilepsy. 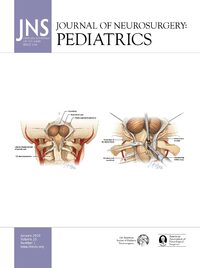