Letter to the Editor. Ligamentum nuchae as a graft material for duraplasty in patients with Chiari malformation type I

TO THE EDITOR: We read with avid interest the paper by Cools et al.3 (Cools MJ, Quinsey CS, Elton SW: Chiari decompression outcomes using ligamentum nuchae harvest and duraplasty in pediatric patients with Chiari malformation type I. J Neurosurg Pediatr 22:47–51, July 2018). In their single-center, retrospective cohort study of 25 pediatric patients with Chiari malformation type I, the authors have not only presented their surgical outcomes following Chiari decompression but also eloquently described the technique of harvesting ligamentum nuchae (LN) for duraplasty, which is very commendable. From the results of their study, they infer that LN “provides a more robust autologous graft than the commonly used pericranial graft.” However, we disagree, in part, with their opinion.

Ligamentum nuchae could be more robust than pericranium, but this statement needs to be considered with caution and the understanding that this may not be true for all age groups. Pericranium in children tends to be thin and fragile. Its quality and thickness improve with maturity.1,2 In a recent literature review of studies comparing outcomes with two dural graft types during Chiari decompression surgery, Abla et al.1 concluded that the inherent difficulty in harvesting thin pediatric pericranium could have influenced the results of a pediatric study that was included in the review. Moreover, LN can undergo ossification in adults. The incidence of this is about 20%–30% in the Asian population, and it increases with age.5 Improvement in the quality of the pericranium with maturity and the loss of elasticity of the LN with aging may render the pericranium a better choice over LN as a graft material in adults.

Citing the literature review by Abla et al.,1 Cools et al. stated that there was a 10% reoperation rate “due to CSF-related complications” when pericranial grafts were used. However, a thorough analysis of this review and its included studies reveals that this was the rate of “revision hindbrain decompression” and that the actual rate of reoperation due to CSF-related complications would be lower. Also, in the present-day scenario, pericranium can be harvested in a simplified manner without extending the skin incision beyond the standard approach. Stevens et al.8 described how the use of a handheld retractor, retracting dorsally at the apex of the wound, could avoid injury to paired occipital arteries and occipital nerves and how a judicious subgaleal dissection using Metzenbaum scissors could yield a sufficiently sized pericranial graft without extending the skin incision.

Lastly, the statement “it is possible to use midline collagenous scar, in a repeat operation, as further graft material” appears to be controversial. Scar tissue may be detrimental as it can further shrink and cause cerebellar compression and obstruction of CSF flow within the posterior fossa.7

In light of the scarce literature available on the use of LN as a graft material, it is safe to say that pericranium should be utilized when it is available and of good quality.1,4,9 Nevertheless, the limited literature suggests similar surgical outcomes with the use of LN.6 It is a simple, low-cost, robust alternative to pericranium especially in the pediatric age group. But is it superior? Randomized controlled trials comparing these two autologous graft materials are warranted to arrive at a definitive conclusion in this regard.

We thank Agarwal and colleagues for their comments on our paper. We would like to address a few of their concerns. As they astutely pointed out, Alba et al. noted that pericranium in children may be fragile and more difficult to harvest, thus affecting the incidence of complications in the pediatric population.1 They also pointed out that ossification of the LN may occur in adults, especially in Asian populations.3 In our study we looked only at pediatric patients, and though the LN has been used with anecdotal success in adults, it requires more intensive study.

Pericranium is clearly a popular2 and satisfactory graft material in many circumstances, with a low complication rate.1 The goal of our limited retrospective study was not to prove the superiority of LN, but instead to illustrate an alternative that should be considered when designing future studies. We agree that there is a scarcity of literature on the use of LN and that a minority of pediatric neurosurgeons use this material for Chiari decompressions.2 However, this does not indicate that it is inferior. We agree that further study is needed for a true comparison of graft materials. 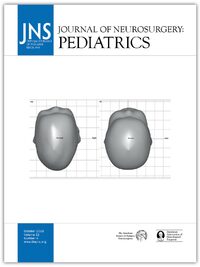