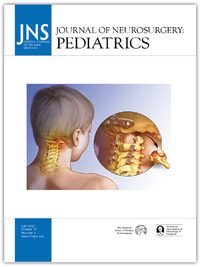 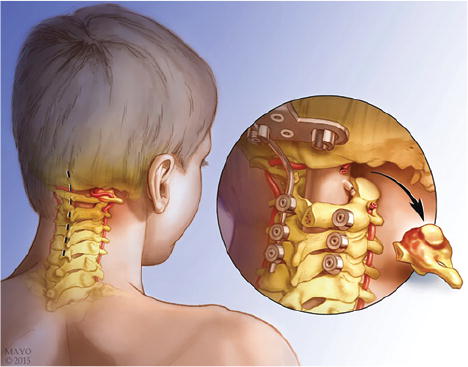 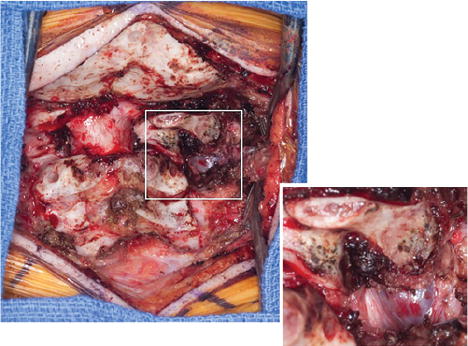 Photographs obtained following the posterior approach, C-1 laminectomy, and vertebral artery resection. Visible in the small box is the jugular vein anterior to the C-1 and C-2 lateral masses. 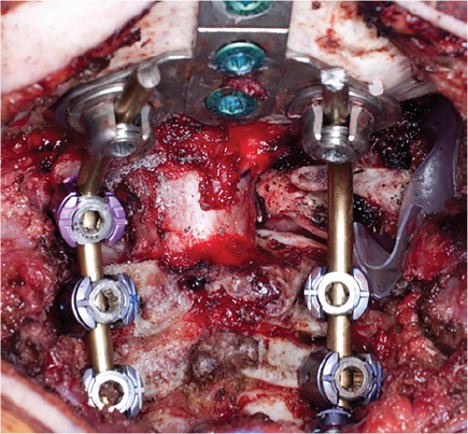 Intraoperative photograph showing posterior instrumentation in place at the completion of Stage 2. Note the Silastic sheet demarcating the dissection planes and the distracted C1–2. 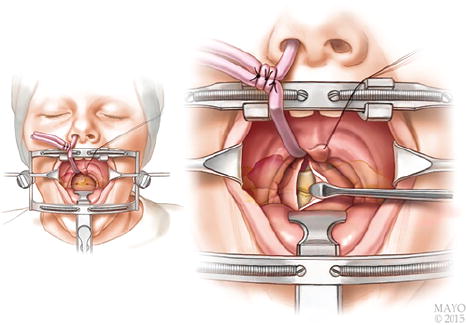 Artistic interpretation of the transoral approach. Elevator retraction exposes the relationship of C-1 and C-2 to the incision. Used with permission of Mayo Foundation for Medical Education and Research; all rights reserved. 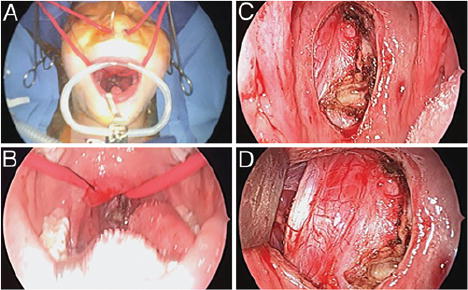 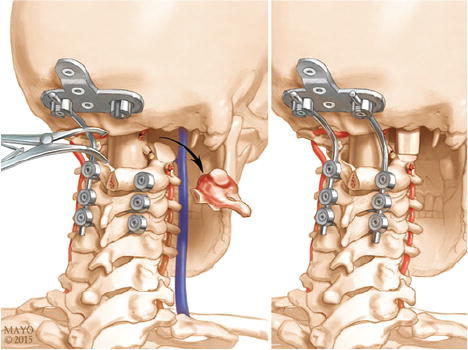 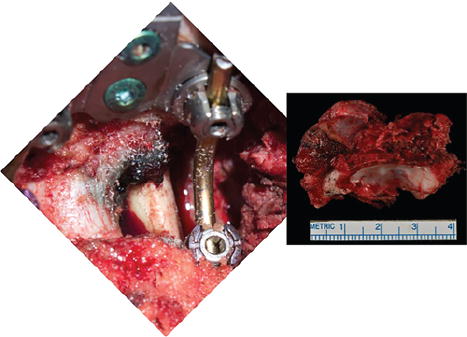 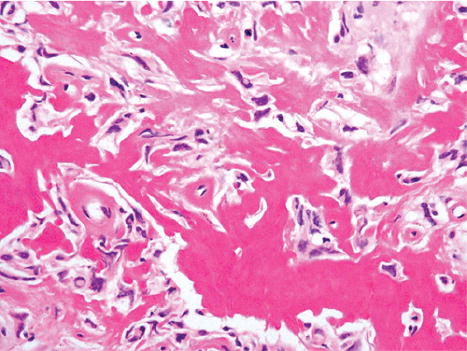 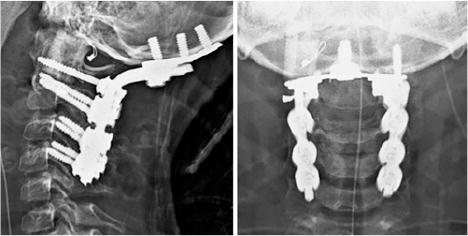 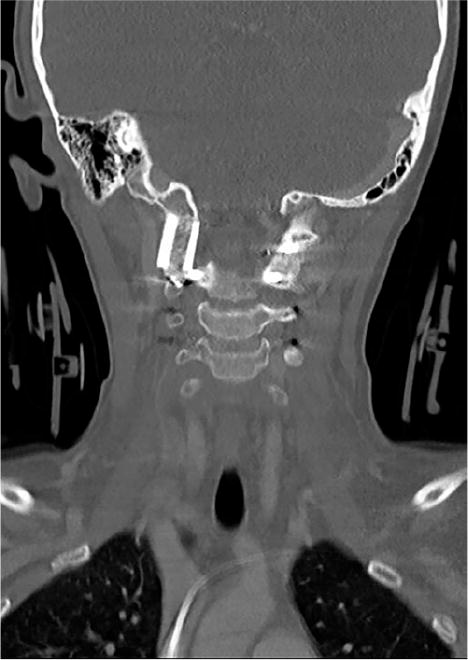