The authors describe an 8-year-old girl who underwent emergency posterior fossa surgery for resection of a large cerebellar astrocytoma in November 1939. The surgery was carried out by Franc D. Ingraham at Boston Children's Hospital a decade after he established the first pediatric neurosurgical service in the world at the same institution. Four years later the tumor recurred and the patient underwent repeat resection followed by external-beam radiation therapy. The pathological diagnosis by Sidney Farber was fibrillary astrocytoma.

The young girl is currently a healthy, functional 82-year-old woman. The authors believe that this 74-year follow-up represents one of the longest in history, if not the longest, of a patient undergoing resection of a brain tumor. A recent MRI study shows postoperative changes with no evidence of residual or recurrent tumor. The original block tissue specimen had been preserved. It was restained and examined, revealing the pathological diagnosis to be juvenile pilocytic astrocytoma.

The case is analyzed in the context of Ingraham's powerful and lasting impact on the field of pediatric neurosurgery. 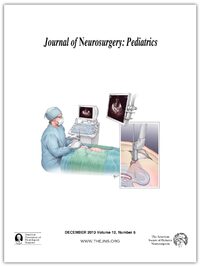