Marvelous medicine: the untold story of the Wade-Dahl-Till valve

On December 5, 1960, 4-month-old Theo Dahl, the only son of best-selling author Roald Dahl (1916–1990), had his skull shattered in a horrific traffic accident. What began as a personal tragedy for the Dahl family would soon evolve into a dogged crusade by Dahl to expand upon preexisting valve technology with the goal of developing a shunt that would not become obstructed. Based upon exclusive access to private archives of the Dahl estate, as well as interviews with those involved, this article tells the intricate tale of one famous father's drive to significantly alter the natural history of pediatric hydrocephalus. Dahl's collaboration with British toymaker Stanley Wade and pioneering pediatric neurosurgeons Joseph Ransohoff, Kenneth Shulman, and Kenneth Till to create the Wade-Dahl-Till (WDT) valve is examined in detail. The ensuing rift between the American and British contingents, the valve's multiple design revisions, and the goal of creating an affordable shunt for children in developing countries are among the issues addressed. The development of the WDT valve marked a significant turning point in the surgical management of pediatric hydrocephalus in general and in shunt valve technology in particular. 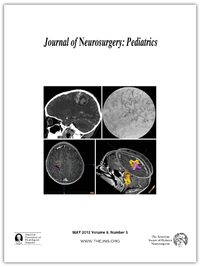