The authors report the 8-year follow-up of a patient previously described in the literature who originally presented in high-output cardiac failure secondary to a complex neonatal intracranial dural arteriovenous fistula (DAVF). The earlier case report described palliative treatment with a combination of extracorporeal membrane oxygenation (ECMO) and endovascular embolization for life-threatening high-output cardiac failure secondary to a DAVF. Access was obtained using the ECMO cannula, and embolization was performed while the patient was connected to the ECMO machine.

The patient made an excellent recovery following partial embolization of the fistula, but then presented again 7 years later with worsening headaches secondary to significant growth of the known residual portion of the fistula identified on CT angiography. The child also developed bilateral femoral artery (FA) occlusions secondary to multiple previous FA punctures. To achieve complete obliteration of the remaining fistula, the patient required a retroperitoneal approach to the iliac artery and percutaneous puncture of the internal jugular vein. Embolization was performed with a combination of platinum coils and ethylene vinyl alcohol copolymer liquid embolic agent. There were no complications, and the child remains neurologically normal, with no signs of permanent cardiovascular sequelae.

In this case report, the authors discuss the long-term management of AVFs treated by endovascular strategies early in life. After neonatal access, sometimes the FAs occlude, requiring more invasive access strategies. The authors also discuss the follow-up method, intervals, and threshold for further treatment for these lesions, and present a review of the literature. 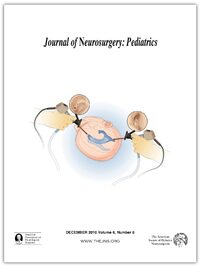